People with mild cognitive impairment who exercise more than once a week may have a lower risk of developing Alzheimer’s disease. But those who halt this activity may forfeit the protection, a new study suggests.

A diagnosis of mild cognitive impairment (a slight but measurable decline in memory and thinking skills) is associated with a tenfold risk of developing Alzheimer’s disease. Researchers from the Yonsei University College of Medicine, South Korea, found that people who started exercising after receiving a diagnosis of MCI had an 11% lower risk of progressing to Alzheimer’s disease than people who did not exercise at all.

Meanwhile, people with MCI who stopped weekly physical activity had the same risk of receiving a diagnosis of Alzheimer’s as those who never exercised before or after their MCI diagnosis.

What’s more, the odds of developing dementia fell as the amount of weekly exercise increased, the investigators noted. Among people with MCI who were physically active, those who exercised more than three to five times per week were 15% less likely to progress to dementia than those who exercised less than that, they reported.

Although the study does not prove causation, regular exercise may support the growth and survival of nerve cells or increase blood flow to the brain, the researchers theorized. This could prevent the brain volume loss often associated with dementia, they concluded.

The study was published Wednesday in the journal Alzheimer’s Research and Therapy. 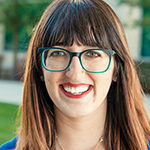