Cognitive decline that is tied to menopause may persist in later life, according to the results of a new study.

Many studies have suggested that menopause is a sex-specific risk factor for cognitive dysfunction — independent other menopause symptoms and aging. The new investigation concluded that stages of menopause are not only a key determinant of cognitive health, but that clinically significant cognitive problems that arise in pre-menopause may carry into post-menopause.

Investigators followed 443 women for almost six years. Unlike previous studies, participants included many low-income women and women of color (69%), and more than half had HIV. Participants completed a variety of cognitive tests and motor skills tests at an initial premenopausal visit and then once every two years thereafter. After adjusting for age and other key variables, the researchers documented a decline in learning, memory and attention and/or working memory from the premenopause to the early perimenopause stage, and then from the premenopause to the post menopausal stage.

Many of the changes amounted to significant cognitive impairment, especially in learning and memory, the authors wrote. In addition, the likelihood of impairment increased by menopausal stage from 4% to 13%, reported first author Leah Rubin, Ph.D., of the Johns Hopkins Bloomberg School of Public Health, Baltimore.

While previous studies have suggested that these cognitive changes resolve in the years following menopause, the new study suggests that menopause has lasting consequences for brain health. The contrast between the findings may also be explained in part by the current study’s inclusion of more women with multiple risk factors for cognitive dysfunction, including chronic illness, the researchers theorized.

Full findings were published in the journal Menopause. 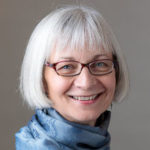