Adults ages 55 and older who took lemborexant (Dayvigo) fell asleep faster and remained asleep longer than their peers who took zolpidem tartrate extended release (Ambien CR) tablets or a placebo in a late-stage clinical trial. All study participants had a diagnosis of insomnia disorder at the study’s start. Results were measured objectively using sleep studies.

“Lemborexant therapy significantly improved both sleep onset and sleep maintenance, including in the second half of the night, compared with both placebo and zolpidem,” wrote Russell Rosenberg, Ph.D., and colleagues. The drug was well-tolerated, he reported.

Along with other drugs in its class, lemborexant holds promise as a safer and more effective alternative to current insomnia medications, according to the writers of a recent editorial that accompanied the published study. Older insomnia medications can adversely affect cognition, memory and psychomotor behavior, wrote Michael A. Grandner, Ph.D., and Michael L. Perlis, Ph.D.

Dayvigo will be commercially available in 5 mg and 10 mg tablets once it’s scheduled by the U.S. Drug Enforcement Administration, which is expected to occur in the first half of 2020, according to Eisai.

Lemborexant is also being investigated as a therapy for people with sleep disorders related to Alzheimer’s disease, McKnight’s has reported. 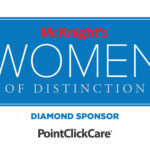 Start the year right: Nominate a colleague for a McKnight’s Women of Distinction award