What you can’t see can hurt you…and potentially, make your residents sick. Viruses and other pathogens are invisible and yet they’re there in plain sight, on contaminated hard surfaces — floors, walls, counters, desks, tables, doorknobs, faucets…the list is almost endless. With the flu season upon us, it is a good time to assess your current procedures and take preventive measures to protect your residents, staff and guests.

Every new case you prevent is one less resident who may require special care, or one less employee who misses work. So infection prevention isn’t just good for everyone’s health; it makes good business sense. Below are common viruses in long term care communities and what you can do to help minimize their impact your residents, guests and staff.

The flu is so common that it’s tempting to underestimate its impact. Influenza, commonly referred to as “flu” or “seasonal flu,” is a virus that causes a common respiratory infection with fever and often respiratory complications too easily passed from human to human. Most people have some immunity to the common seasonal influenza and a vaccine is typically available each year. Yet, every year on average, from 5 to 20% of the population catches the flu, resulting in 200,000 hospitalizations and nearly 50,000 deaths.

Norovirus (also known as “Norwalk” virus) causes acute gastroenteritis, nausea, frequent and occasionally violent vomiting, and/or diarrhea. It’s extremely contagious due to its low infectious dose and 62% of norovirus outbreaks occur in long-term care communities. According to a Norovirus Information Guide prepared by Ecolab and the Food Marketing Institute, based in part on guidance from the CDC, norovirus is spread by eating food or drinking liquids contaminated by the virus, touching contaminated surfaces before putting fingers into one’s mouth, or having direct contact with an infected person. Of particular concern is food preparation and serving areas, but the norovirus can survive and be transmitted via any surface or item that people may touch throughout your facility. An infected person can continue to shed the virus from the time symptoms appear, and up to weeks after symptoms subside.

C. diff. (clostridium difficile) is a bacterium that’s commonly found in the intestines but can grow out of control in some people who regularly take antibiotics that kill competing bacteria. When that happens, C. diff releases high levels of toxins that can damage the intestines. Symptoms include abdominal pain and diarrhea. The bacteria can’t survive long in the open air but produces spores that can infect others and these spores are highly resistant to sanitizers.

While Ebola has received much attention in recent weeks, it remains a remote possibility for long-term care communities in the U.S. It’s dramatically less likely to occur than either the flu or norovirus.

While there are currently no EPA-approved cleaning products with specific claims against the Ebola virus, the CDC recommends using a hospital grade sanitizer with a label claim for a non-enveloped virus. Norovirus is one such virus, so taking appropriate precautions against norovirus should help prevent Ebola transmission as well.

In the event of an actual or suspected Ebola outbreak, immediately seek outside expertise and guidance, and follow CDC guidelines.

What can you do?

You can’t always keep the flu and other viruses out of your community, but you can take steps to help reduce their transmission. And precautions against flu and norovirus are believed to be effective against other similar viruses, including enterovirus, poliovirus and rhinovirus. Below are Ecolab’s recommended preventative measures to follow and incorporate as part of your standard operating procedures:

While no preventive measures can guarantee that you won’t have an outbreak of illness, thoughtful precautions can help reduce the risk and help protect your residents, staff and guests.

Ross Skadsberg, director of Long Term Care Marketing for Ecolab’s Institutional business, is responsible for understanding the customer and market, developing products and program innovation, and positioning Ecolab as a business partner and thought leader with customers in this industry. He can be reached at ross.skadsberg@ecolab.com. 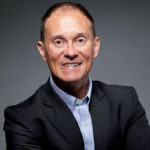 Lessons learned from a million families