Senate and House versions of the Medicare Audit Improvement Act of 2013 were introduced this spring. The proposals would make auditor actions more transparent, and could potentially dampen auditor activity.

Providers see the bills as a way to cut down on redundant audits, excessive requests for records and, ultimately, improper payment denials. A recent hospital-sponsored study showed that nearly 75% of all provider appeals against RACs were upheld. It also noted a huge uptick in records requests by RAC auditors.

However, the American Coalition for Healthcare Claims Integrity, a group representing RACs, claims the proposed legislation would allow waste, fraud and abuse to proceed unchecked.

“We have a situation here where Congress is beholden to big industry,” spokeswoman Amanda Keating said. 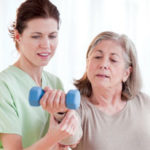