Doing more with less is a near constant refrain that long-term and post-acute care providers hear with regard to business operations, reimbursement and even clinical care.

It takes on a new, ahem, dimension when it comes time to redesigning and renovating spaces within skilled nursing or senior living. Finding square footage can be challenging.

Adding to the problem is the fact that construction costs across the long-term care continuum are on the rise due to labor shortages, rising lumber prices and other factors.

When it comes to rehabilitation therapy renovation, it can get even trickier. The trend for the last 10 years or more has been to create and even expand physical, occupational and speech areas as a way to better meet the needs of residents, maximize reimbursement and attract additional customers. But as costs rise, competition heats up, and Medicare and Medicaid reimbursements shrink, making due with less means designers, architects and others must get creative.

Limited space is one aspect of this challenge with which architects and designers in particular must contend. Both SNF and assisted/ independent living operators often have difficulty finding areas within their buildings or on their campuses that are free or open and available.

This is where senior living architects and designers must utilize their skills and experience to help providers ferret out the nooks and crannies that can be reclaimed for spa-like fitness and wellness amenities.

Often, operators aren’t even aware that there is space in their midst that can be carved out or managed differently for a new project, says Jane Rohde, principal at JSR Associates, a Catonsville, MD-based architecture and interior design firm.

“Staff frequently don’t know how much space they actually have,” says Rohde. “Sometimes it’s a mechanical room or housekeeping space that can be modified, or even a closet or storage room that is no longer being used for its original purpose. We help them to see how they can recapture it.”

Rohde says that she recently worked on a redesign and renovation project for an Erickson Retirement Community in Maryland, where a center was created that became a hub of activity due to its proximity.

Locating the new wellness space near the mailroom was a boon for both the residents and the staff, she says.

“Because everything was in close proximity to residents, they ended up gathering there and it became a popular and busy area,” she explains.

Rohde recalls redesigning and reassigning space in one project where no one was using a patio and deck area.

“We recaptured that space for a much more useful purpose,” she recalls. In another project, the central bathing area was no longer in use, so JSR Associates created a hair salon and installed a new tub and bathroom, in a way that created “a nice environment for bathing experience.” She called the outcome of that project an inviting, spa-like experience.

Rohde, an architect who has worked in senior living for a number of years, said she has seen a trend in creating wellness or “amenity” spaces that serve a dual or triple purpose for overall health and wellness.

“These new spaces offer not only things like cafes and juice bars, but also serve as venues for seminars and related activities and social spaces,” she says.

Lori Wegman, principal at Wegman Design Group in Naples, FL, helped Moorings Park, a retirement community in Naples, create a space on its campus that not only contains physical and occupational therapy units for its residents, but also serves as a multipurpose hub of activity. The three-level, 37,000-square-foot, state-of-the-art Center for Healthy Living offers personalized physician services and integrated rehabilitation programs, as well as a fitness center, medical clinic and pharmacy.

“Although the physical therapy space does not have a walking track, the floor space throughout the building is used instead,” says Wegman. “In addition, the center houses a salon and spa, as well as a lecture hall.”

Indeed, the center, built in 2013, offers a holistic approach to healthcare and wellness with customized cardio and strength programming, cognitive and memory training, a café and a “wellness retail store” that sells vitamins, supplements and fitness items. The theater offers feature films and serves as a venue for lectures. Doctors and nurses can fulfill CME credits via lecture series on relevant and timely topics.

Ruth Neeman, principal with Levi + Wong Design Associates (LWDA), worked with Spaulding Rehabilitation Network when the Boston-based company was in negotiations to purchase an older skilled nursing center in Brighton, MA. Her job was to reimagine and redesign the space into a full-service SNF and short-term rehab center.

Although the center had ample space to begin with, Neeman says she and her team did an entire overhaul of the design.

“It originally had a wasted corridor at the entrance because the previous owner didn’t want people to have a view of the rehab area from the lobby,” she notes. “Spaulding, however, wanted people to see the space because they were proud of what they were doing. We demolished the halls and reconfigured the area to make it more functional.”

Neeman says she also carved out clinician offices from what were previously closets, “which was a huge challenge.”

Melinda Avila-Torio, senior interior designer at THW Design in San Antonio, begins her projects by asking the client what they would like if they had no budget limit and space constraints.

“When you have that conversation, they start to look at their local competition and if they are adding physical and occupational therapy, they realize that they are sometimes competing with the hospital down the road,” she says. “And then I ask them what they can put on their campus that is exclusive to their community so they won’t be competing.”

“For instance, I’ve suggested clients look at areas outside the rehab rooms, such as using the corridor for wheelchair therapy and other hallways for walking programs.” In one instance, she proposed incorporating the rehab area into a “life station.”

When it comes to serving residents in the rehab arena, the biggest issue is typically storage of wheelchairs during the time the patients are in the room, AvilaTorio explains. You also hope the chairs are well-labeled.

“If you have 15 residents in the room at one time, there needs to be space to store the wheelchairs,” she says. “I’ve seen close to 20 wheelchairs parked outside in the corridor at one time.” Avila-Torio helped a New York provider solve this very issue with new cabinetry built for the purpose of storing wheelchairs.

“We designed the cabinets to have upper compartments for other storage while the bottom contained up to 20 folded wheelchairs, so they don’t have to put the wheelchairs outside in the corridor,” she explained. When it comes to space limitations and purpose, architects and designers in the senior care and housing  eld have developed myriad tactics that help draw out tidbits and sometimes never-before-thought-of ideas from their clients.

“We can go into unbelievable details and we make it a point to speak to everyone who is handson at the facility,” says Neeman. “And we don’t stop communication at the executive director or department director. We want to talk to the people who are actually doing the work, because I can get input from a CNA or nurse that I cannot get from someone who isn’t doing the day-to-day work.”

Rohde echoes Neeman’s sentiments about the importance of assessing the projects from the point of view of direct care staff. She notes that she recently completed work with a nursing home that had a legacy wing of four rooms.

“Four residents shared a bathroom, and when I interviewed the nurse aides about redesigning the suite, they said they would prefer to have more space given to the resident room and less to the bathroom size,” Rohde recalls.

This was somewhat surprising, she adds, given the recent trend for designing and creating larger bathrooms.

In the end, all stakeholders must remember that a holistic view of space and design is integral to a designer’s work, especially when it comes to long-term and post-acute care settings. 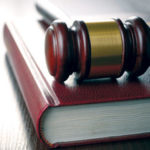