For the last month or so, we’ve spotlighted successes from the COVID-19 vaccine front, trying to understand which strategies truly help providers drive up acceptance rates.

Even the smallest details appear critical when it comes to staff acceptance, which continues to lag behind residents’ by double digits nationally.

Yet the detail that gets me is a pretty major one: More than two months and 82 million doses into this effort, there’s still no upswell of skilled nursing facilities requiring staff members to get vaccinated.

In December — the week before U.S. vaccines became available — 14% of long-term care workers surveyed by McKnight’s Long-Term Care News said they expected their companies would mandate the vaccine. Among owners and top executives, 23% said that COVID-19 shots should be mandatory.

Some major providers said explicitly that they would not mandate, with one Genesis HealthCare executive calling such measures “counterproductive to building trust” in the vaccines. Others have said they won’t mandate shots for now, as vaccines remain authorized under emergency use conditions, but left the door open for requiring them later.

To me, it feels like we’re already pretty late in this high-stakes game.

Operator-by-operator, shots have gone into arms and hesitancy has diminished. Multiple providers say workers who first shunned shots lined up at subsequent clinics, given some time and peace of mind about manageable side effects and a low rate of serious complications.

A recent survey that included nursing home workers found they would be less hesitant about getting a vaccine if they faced a workplace mandate or had more evidence of efficacy.

Yes, many providers remain understandably worried about a mandate sending staff running at a time when it’s so incredibly difficult to recruit.

But what if policies mandating vaccinations as a condition of employment actually attract talent? Who wouldn’t want to work in a building where 100% of their colleagues and the residents they care for have been provided with highly effective vaccines?

That’s a great way to counter the fear around entering a healthcare profession right now. Played correctly, access to vaccinations and the lure of a COVID-free workplace — one that cares about the safety of its residents and staff — could draw more potential CNAs, licensed nurses, housekeeping workers and more.

To see how this hypothesis plays out in the real world, we’ll have to rely on the few brave providers who are going all-in on vaccines.

One of those is Neshaminy Manor in Bucks County, PA, a county-owned, 360-bed nursing home just north of Philadelphia.

The facility saw 118 staff members and 222 residents sickened by COVID-19 through Feb. 18, and 88 residents died, according to state health department figures.

In January, county commissioners announced they would give nearly 500 employees until the end of March to get vaccinated or face layoffs.

Genesis provides management and oversight of Neshaminy Manor. Despite its non-mandate stance, the chain of more than 325 nursing homes had a 63% staff vaccination rate nationwide, as of Feb. 20, excluding Neshaminy workers.

“We must ‘do no harm,’ and the most effective way to prevent more cases of COVID in our facility is to have our employees vaccinated,” county spokesman Larry King told local media. “If COVID is now preventable, we must do all we can to prevent it, and that includes inoculating staff.”

After the facility’s first Walgreens clinic, 232 of 492 staff members had received partial vaccinations. Neshaminy Manor’s final in-house clinic was set for this Friday, and the county’s deadline for worker inoculation is the end of March.

It’s uncertain how many workers will comply, especially with a union there contesting the mandate.

But if Neshaminy Manor has a flood of jobs available weeks from now, I’m curious to see if the idea of blanket vaccination leads to an unexpected number of applications.

In an industry gripped by widespread illness and worker malaise, a mandate could be just what the doctor ordered — for those ready to roll up their sleeves. 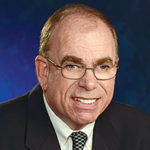 Yes, the immigration bill has a partisan flavor. Here’s why you should still support it.