Nursing home operators continue to worry about the timing and quantities of newly approved COVID-19 vaccines reaching them this week and next, but some of the fretting could be for nought. Less than 15% of respondents in a new McKnight’s Long-Term Care News survey say they will mandate that employees get vaccinated.

The reasons are believed to be varied, including whether wary staff may be legally compelled to get such a shot. When asked whether employees should be required to get COVID-19 vaccinated, the percentage saying “yes” shot up to 38%.

In other findings, nearly three-fourths (72%) said that government-supplied point-of-care tests are either great and being used “as much as possible” or “not great, but we’re going to do the best we can with them.” This is in stark contrast to recent government and academic findings that showed a huge percentage of operators were making sparse use of the units, or not using them at all.

Almost twice the percentage of owners and other top executives (23%) said that COVID-19 shots should be mandatory, compared to 13% for each of the administrator and nurse-manager subgroupings in the McKnight’s survey.

It was conducted Dec. 7-12 and reflects responses from 313 nursing home owners, administrators and top nurse managers who answered an email solicitation to take part. Findings of the “McKnight’s LTC News 2021 Outlook” Flash Survey are being released this week and next.

Large percentages of respondents said they didn’t know whether their companies will require employees to get vaccinated. Those numbers ranged from 27% in the owners/executives subgrouping up to 42% for administrators.

“The ‘I don’t knows’ don’t surprise me so much, but the number ‘no’s’ do,” said Bill McGinley, president and CEO of the American College of Health Care Administrators. “I’m glad to see that more people are saying they should be [vaccinated], but I’m still shocked at the number of people saying ‘no.’”

Meanwhile, Amy Stewart, the top clinical officer for the American Association of Post-Acute Care Nursing, said she was “shocked” to see that respondents had answered “yes” so often.

“It really surprised me that companies know what they would require, or that some would say no already,” she said.

She noted that some major nursing home leaders and lobbyists have been researching legal options, in case not enough employees consent to being vaccinated.

She added that many employees, including a large number of nurse aides, are afraid of possible side effects and other unknowns that might pop up if they get one of the vaccines, which many worry are being rushed too quickly into production.

“When somebody says the vaccine was developed too quickly, they need more information,” Stewart countered. “If you are getting your information via social media, well, a lot of those articles are not containing science or using raw data for an individual to make what I consider an informed decision as to whether they should get the vaccine. The science shows that the efficacy is really good.

“The vaccine is the answer to us being able to resume our regular life, though not right away. I want to caution people on that.”

Large numbers of nurse aides are wary of vaccines in general, and of the coronavirus in particular. A recent survey of the National Association of Health Care Assistants, for example, revealed that nearly 72 percent of respondents said they do not want to be vaccinated against COVID-19. That was not the most eye-opening revelation to Stewart, though.

“What surprised me the most, was that in our polling of our own members to see how they feel about it … I hadn’t anticipated that the [licensed] nurses are reluctant to get it,” she told McKnight’s.

Concerns have surfaced about the safety of the vaccines for pregnant women and individuals with autoimmune diseases, she explained. She added that significant workflow problems could arise if operators, many already short on employees, lose more because they are shunned for not consenting to taking a vaccine. Or if too many are rendered unable to work due to side effects after full staffs are inoculated almost at the same time.

McKnight’s reported earlier this month that long-term care giant Genesis HealthCare said it would not be mandating staff vaccinations.

Meanwhile, a detailed report in the New York Times on Wednesday delved into many layers of concerns about getting nursing home residents and staff vaccinated. Among the top issues concerning staff are the challenge of covering all shifts while not risking side effects for too many employees at once.

Another major task is getting resident consent forms validated, and enough on-campus vaccination visits from retail giants CVS and Walgreens, which have contracted with the federal government to execute the free vaccinations on long-term care campuses.

In related news, on Wednesday, the U.S. Equal Employment Opportunity Commission (EEOC) said in a guidance that employers may, with some exceptions, require proof that employees have received a COVID-19 vaccine.

In addition, although employers are sometimes required to grant policy exemptions for religious or disability accommodations under federal law, they also may be allowed to bar individuals unable to receive a COVID-19 vaccine under circumstances, according to a report from HR Dive.

An EEOC representative told the publication that employers with questions about Emergency Use Authorization COVID-19 vaccines should be directed to the Food and Drug Administration, which has authority over them.

Stewart said the strong favorable attitudes revealed in the McKnight’s survey about the use of point-of-care antigen test kits “completely blew my mind.”

“It’s totally not what we’re hearing,” she said. “It differs a lot. We’re hearing that everybody’s grateful to have the point-of-care tests, but many nurses or facilities don’t have the time it takes to administer them.”

She added that besides the time-consuming aspect of performing the tests and recording results, providers are wary of the results.

“They’re easier to do, but [providers are] not trusting the results and they often wind up having to follow up with a PCR test, so they figure why not just use a PCR test anyway,” she explained.

Survey results showed that more than 9% of respondents had not received POC testing materials from federal authorities. In addition, about one in 12 that did said they need more education on how to use them or how to report results. 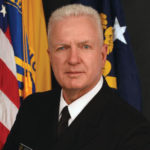