Operators will finally be paid for the care they deliver.

That seems to be the industry’s general sentiment toward a Centers for Medicare & Medicaid Services proposal that would replace resource utilization groups with the Patient Driven Payment Model.

But if some operators are getting the PDPM tingly-dinglys, I’m experiencing something else: a sense of déjà vu.

For it was a bit over two decades ago that a new reimbursement proposal was getting similarly rave reviews from this sector. Four years later, more than 1,000 skilled care facilities were running for creditor protection.

So what happened? In a nutshell, what the industry hoped for and what eventually transpired turned out to be quite different.

What the industry expected was a payment system that would better respond to caregiving costs associated with taking care of the nation’s nursing home population. And the proposal on paper looked pretty good. It appeared that it would even address one of the big bugaboos of care delivery: service creep. That’s when little incidental extra things need to be done, but there’s no way to really account for the extra time and effort that’s required.

So things looked promising. Then along came 1997. That’s when Congress passed and President Clinton signed a “Balanced Budget Act.”

As the name implies, the omnibus legislative package attempted to erase deficit spending. It was to do so via a reconciliation process and get spending on par with tax revenue by 2002.

The goal was actually admirable. For there was growing concern that deficit spending was getting out of control and had to be tamed before a crisis hit.

But the law also largely eliminated Medicare therapy payments, which were becoming an increasingly popular way for operators to make ends meet.

What if you built an ice cream shop to meet growing demand — and ice cream was suddenly declared illegal? That’s basically what happened to skilled care operators when the budget-balancing law kicked in.

Am I suggesting history will repeat itself? Hardly. But a lot of people in this field now doing a happy dance just might want to curb their enthusiasm a bit. At least until we see whether this new-and-improved alternative actually delivers as promised. 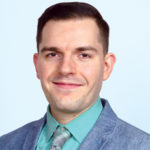 Come on folks, do we really need a ‘national day’ for this?