Excuse me, what did you say? - The Real Nurse Jackie - McKnight's Long Term Care News

Come on, we’ve all done it: misheard a song lyric but proudly sang it out at the top of our lungs.

I still remember Mom at an “oldies” concert where they were playing “Mony Mony” by Tommy James and the Shondells. Mom’s dancing around and swinging her arm overhead like she’s about to throw a lasso. Getting closer to Mom, I hear her singing, “Ride the pony, ride the pony.” I laughed myself silly as she was singing those lyrics through the whole song, not just at the end.

And one of my faves is Justin Timberlake’s “SexyBack,” where the actual line is, “Go ahead, be gone with it,” but is somehow translated to, “Go hippie, go hippie!”

But I really didn’t have a right to giggle. I was listening to a song on the radio on my way to work and I thought the words were, “God is on the roof.” So I am singing that for all I am worth, with the windows down. I assumed the strange looks from passersby were due to my singing.

But wait. Next time I hear the song, my windows are up, and I finally hear, “God is on the move.” Like, of course, why would God be on my roof? Makes more sense when you hear something accurately, right?

Misunderstanding what you hear is not our only problem. Sometimes we misunderstand the intent of a statement. For example, my dentist said recently, “You may need a crown.” And I was thinking, “I know, right?” I don’t think my regal vision of the crown was what she intended.

Even a slight grammatical error can make you miss the intent of a sentence. There is a big difference between, “Let’s eat Grandma” and “Let’s eat, Grandma.”

So where am I going with all of this and how in the world does it tie into our profession?

The problem is, when it comes to verbal orders, those mistakes can do some damage. According to a study published in the Journal of the American Geriatrics Society, 16% to 27% of all nursing home residents have medication errors, the majority due to transcription errors. We want to be sure we’re putting the right treatment to the right area, so we need to understand what the order is, right?

So, if eating Grandma just doesn’t sound like something you should be doing, ask, clarify and get it right. Otherwise, you’ve got some explaining to do when God comes off that roof and starts asking questions!

The Real Nurse Jackie is written by Jacqueline Vance, RNC, CDONA/LTC, Senior Director of Clinical Innovation and Education for Mission Health Communities, LLC and an APEX Award of Excellence winner for Blog Writing. Vance is a real-life long-term care nurse. A nationally respected nurse educator and past national LTC Nurse Administrator of the Year, she also is an accomplished stand-up comedienne. The opinions supplied here are her own and do not necessarily reflect those of her employer or her professional affiliates.

Communication Medication Errors
Next post in The Real Nurse Jackie 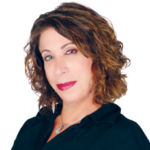