The Trump Administration is ushering in a whirlwind of changes to employment law and how it is enforced. This article is the first of a four-part series that will focus on those changes, including changes that have already taken place and changes that are expected, and how they will affect the LTC industry.

Congress may be on the verge of delivering on one of President Donald Trump’s campaign promises — providing greater workplace flexibility. Currently, under the Fair Labor Standards Act of 1938, companies may not choose to provide compensatory time off (“comp time”) instead of overtime pay. The GOP-controlled Congress, however, appears to be readying changes.

A House-passed bill would allow private-sector employees to amass up to 160 overtime hours per year and later use them as time off instead of overtime pay.

On May 2, the GOP-controlled House passed H.R. 1180, the so-called “Working Families Flexibility Act.” The bill, which is sponsored by Rep. Martha Roby (R-AL), would amend the FLSA by permitting employers to provide comp time to private-sector employees at a minimum rate of 1.5 hours for each hour of employment for which overtime compensation is currently required. Comp time, however, would only be available if it is in accordance with either (1) a collective bargaining agreement, if one is in place, or (2) an agreement between the employer and employee, if no collective bargaining agreement is in place.

The bill contains several worker protections. First, the bill requires employers to provide monetary compensation for any unused time. The bill also prohibits employers from intimidating, threatening, or coercing an employee to interfere with the employee’s right to decide whether to take comp time in lieu of overtime pay. Additionally, the bill imposes liability on employers who violate these requirements.

The legislation also mandates a Government Accountability Office study to examine the extent to which private employers and employees use the comp time provided under the bill, as well as the number and nature of complaints against employers alleging violations. Finally, the bill is subject to a five-year sunset provision, which means that the law will cease to be in effect after five years unless Congress and the President act to extend it.

The likelihood of H.R. 1180 becoming law is uncertain. The Trump Administration has signaled its support. However, the bill passed in the House by a narrow vote of 229-197. No Democrat voted in favor, and six Republicans joined in voting against the measure.

The party-line vote out of the House suggests that the legislation will face an uphill battle in the Senate, where the measure likely will need the support of at least 60 Senators to end debate under the Senate’s self-imposed filibuster rules. Companion legislation in the Senate sponsored by Senator Mike Lee (R-Utah), S. 801, currently has 20 cosponsors — all of which are Republicans, after Senator Tom Udall (D-N.M.) withdrew his cosponsorship on April 5.  The GOP holds a narrow majority in the Senate with 52 seats.

Democrats and many labor advocates have opposed the bill. They argue that if comp time is an option, employers might choose to overwork employees or pressure them to take time off instead of overtime pay. Further, they argue that the worker protections in the bill do not go far enough.

For example, they argue that: (1) a provision allowing employers to reject employee requests for comp time when the use of the time would “unduly disrupt the operations of the employer” could leave too much wiggle room for employers to deny comp time requests; (2) the legislation could open up an opportunity to allow employers to cheat workers by failing to keep accurate records of accrued hours; and (3) little prevents employers from passing over potential workers who want overtime for workers willing to take comp time instead.

On the other hand, supporters of the bill, including many Republicans and business groups, point out that: (1) the bill does not force employees to receive comp time instead of overtime pay; (2) the legislation prohibits employers from forcing employees to accept comp time if that is not their choice; (3) employers must provide overtime compensation to employees for any unused comp time; and (4) comp time for public employees has been used for years without major issues.

While similar comp time legislation has been introduced in prior sessions of Congress dating back to the 1990s, it has never garnered the support of both houses of Congress. For those interested in greater workplace flexibility, it is worth monitoring H.R. 1180 in the 115th Congress to see if compromise is possible. If it does pass, it will have a significant impact on the long-term care industry.  For instance, long-term care facilities may be able to save on paying overtime to nurses by allowing them to take comp time instead.  Of course, the facilities will need to have sufficient staff to cover those who are out on comp time, which itself will have an expense. Stay tuned!

Russell W. Gray is a shareholder in the Chattanooga, TN, office of Baker Donelson. He can be reached at rgray@bakerdonelson.com. 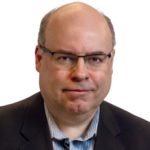