The next coronavirus relief bill is expected to include additional protections for frontline workers or protect employers from pandemic-related lawsuits — but to what degree is anybody’s guess right now. 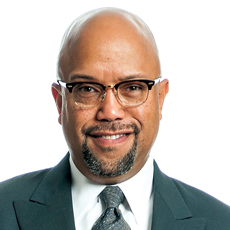 Nursing home operators and the rest of the country may soon know the key components in a fourth, and likely final, coronavirus relief package from the federal government. Senators on both side of the aisle engaged in heavy negotiations — and in some cases political sniping — on Sunday, as they faced the prospect of a third day of the government shutdown.

The American Health Care Association and National Center for Assisted Living are urging the U.S. Senate to act quickly on a potentially historic bill for establishing Medicare rates for doctors.

In a preview of what may be coming in 2014, the Senate Conservatives Fund has booked a $340,000 television ad attacking a Republican leader over Affordable Care Act funding.

Now that Republicans know they’ll control the House starting in January, they’ve begun outlining plans for battling key provisions of President Obama’s healthcare reform bill. Since they are still a minority in the Senate, making a full-scale repeal of the bill implausible, Republicans have opted to focus on funding aspects of the bill.

Republicans in Washington have begun their attacks against Donald Berwick, President Obama’s nominee for administrator at the Centers for Medicare & Medicaid Services, according to recent news reports.

CBO: Discretionary spending in health reform law could reach $115 billion over a decade