The Centers for Medicare & Medicaid Services is pushing policies that are “culturally competent and trauma-informed.”

But speakers at LeadingAge’s annual convention in Philadelphia said that it’s even more worthwhile to understand that “trauma-informed culture realizes everything I do can be helpful or hurtful,” according to Lisa Schiller, MHY Family Services in Mars, PA.

“There will be a tendency to look at it from a compliance perspective, especially with Phase 3 [of the Requirements of Participation] coming up,” said Jill Schumann, president and CEO at LeadingAge Maryland. “I think there’s a natural tendency to do the minimum. But it’s worth the investment and time to think about it more persuasively.”

One good example may be in how incidents are documented. Staff can be taught how not to use “blaming and shaming” language in documentation.

“If you write it down, you’ll say it,” Schiller said. “How we think about documenting, and how we supervise our staff, is an opportunity for trauma-informed care.”

Sometimes the solutions can be simple, Schumann reminded the crowd. For example, one resident with cognitive impairment became agitated repeatedly during a certain time frame. When staff sat in his room, they realized the problems came during a shift change, and the resident could see flashing lights in the parking lot.

“He was a veteran, and it was triggering,” Schumann said. “All they needed was room-darkening shades.”

Staff also should not be forgotten, as Schumann discussed a nurse weeping in a closet after a resident became aggressive.

It’s not just a culture issue, but one of finances, she observed. A difficult nursing supervisor who leads employees to quit, for example, is “costing $5,000 to $10,000 a person.”

“She is costing your company $100,000 a year in unnecessary turnover,” Silletto explained.

“Previously, you could not have a tattoo that was showing. Now we embrace it,” she said. “There are certain things to watch out for with tattoos, but that was a standing ovation from our employees.”

Masonic also changed its personal time off policy from making all employees wait six months to letting them use it from Day 1. A new system with PayActiv also lets employees access their money before a paycheck is actually issued, which allowed many of them to stop using check cashing services.

“Our motto is that we’re just getting real this year and we’re having more communication up front,” Whitaker said.

Joseph Ouslander, M.D., the founder of INTERACT quality improvement program, said it’s imperative to keep up the pressure to reduce rehospitalizations because of CMS’ push to get rid of fee-for-service payments.

“The names may change but the principles of value-based purchasing, rather than incentivizing volume, will continue,” he said.

Timely follow-up is one of the best ways to head-off rehospitalization problems, he noted. While some providers state a goal of checking back with discharged residents within 30 days, he said that is “way too long.” Many patients need follow-up contact within 72 hours.

Using efficient information transfer forms can also help, but they should not be considered the final answer, he cautioned.

“You can talk about transfers [between SNFs and hospitals] until you’re blue in the face,” he said, “but there’s no substitute for ‘warm’ handoffs, face-to-face, nurse-to-nurse. It’s not always possible, but it helps and there are ways to do this with secure texting.”

“If there’s 45 percent discharged without a therapy plan, you have readmissions waiting to happen,” she said.

Warm hand-offs should take place not only nurse-to-nurse and physician-to-physician but also among therapists at the involved nursing home and hospital. That includes not just PT but occupational and speech therapists as well, she emphasized.

“It used to be that case managers were responsible for all of this. Now, it’s relying on the interdisciplinary team,” she noted.

“I can’t emphasize enough that it’s so incredibly important that team members don’t save information on the ‘face’ of their phone or computer,” she said. “If somebody steals that phone or they left it on the train or at TSA [at the airport], your company might have to notify every person who might have had data accessed.”

That could amount to thousands of individuals in some cases, as some providers have learned the hard way.

“Human error happens,” Gordy acknowledged. “So keep everything off your desktop. You need to make sure you have a few safeguards in place for your company.”

They include using multi-tiered authentication steps and dealing with reputable application providers, she said.

The LeadingAge annual meeting and exhibition continues through Wednesday. 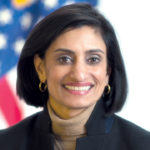 CMS to grant more flexibility for telemedicine use in Medicare Advantage