ORLANDO, FL — It took the better part of an hour to happen, but underlying tensions among professional groups eventually bubbled out Thursday during a discussion about implications of the Patient-Driven Payment Model.

All it took was the panel’s therapy representative reminding a crowd of 1,300 nurse assessment coordinators and directors of nursing services that “your therapist is the most highly educated person in the building” other than a physician. Several shouts of “No!” shot up among ripples of disbelief and disagreement.

Affirmation, however, came from an unlikely source for most of the crowd: the panel’s other two expert members, Robin Hillier and Judy Wilhide Brandt, representing the DONs and assessment coordinators. They pointed to the doctorate degrees many therapy employees must now hold. They encouraged care teams to not shun their therapy members, despite their tapered influence on reimbursements under the new payment system.

“Therapists have smaller case loads [than nursing staff], and they do see patients for longer periods. I’m glad he brought that up,” said Hillier, referring to Mark McDavid, the owner of Seagrove Rehab Partners. “Bring that person [the therapist] back into the day-to-day clinical discussions.”

It was a brief but revealing illustration of just how the perceived role of therapists has been turned on its head since the introduction of the new Medicare payment system, which starts October 1.

“Medicare will still pay for therapy,” McDavid said earlier, explaining how therapists’ own fears have needed to be allayed. “[Therapy is] just not going to be the driver” of the payment system any longer.

“Therapists are very concerned,” he added. “Some think we’re all going to be working at McDonald’s in a few weeks.”

McDavid scoffed at such dire speculation but added that many professionals are concerned about “bad actors” who may try to ration care to keep costs down. Some treatment minutes will likely be cut and therapists are likely to be “less dogmatic” about making up missed opportunities, he said, but nowhere near the 30% level some have speculated will disappear.

He also expressed optimism because an increasing number of patients could counter any work model reductions. Providers also could have a better pool of candidates to choose from, he added.

He predicted that with the Centers for Medicare & Medicaid Services closely watching the process, stakeholders likely would not notice any “large swing” in the volume of therapy delivered when PDPM starts. But mode changes can be expected, with more treatments falling into concurrent and group settings “to contain costs.”

Wilhide Brandt acknowledged “a lot of free-flowing anxiety” about PDPM. She added matter-of-factly that precedent suggests there will be temporary system failures and rebasings needed. “Those things happen,” the veteran said with a shrug.

Hillier said she was excited about PDPM because it “incentivizes” creative ways to deliver increasingly personalized skilled care.

“It never should have been thought of as ‘skilled’ or ‘therapy’ or ‘nursing’” for the main reimbursement determinant, she said. “There’s now a great opportunity to break down the silos and work together in the same room to come up with a care plan together.”

To the session’s biggest round of applause, she discounted the theory that providers simply need to hire a sharp coding professional to do well. “What’s going to make you successful under PDPM,” she emphasized, “is having inquisitive, critical thinking assessment nurses.” 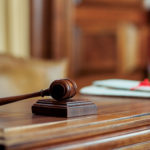