Two ranking senators said moves by the Trump administration to open up communication channels between nursing homes and other providers could weaken privacy regulations.

Healthcare stakeholders have been asked for feedback on easing privacy restrictions, with today the final day to comment. Ahead of that deadline, two Democratic senators issued a letter Friday expressing reservations about any loosening of HIPAA laws, with one labeling it as a dangerous precedent.

“People expect to have significant control over who sees their medical records other than their care providers,” Sen. Ron Wyden (D-OR), ranking member of the U.S. Senate Committee on Finance, said in a statement. “In an era of increasing threats to Americans’ privacy, the Trump Administration is eyeing ways to allow more entities to learn about your physical and mental wellbeing instead of strengthening privacy protections and accountability when that privacy is violated.”

Sen. Patty Murray (D-WA), ranking member of the Senate Health, Education, Labor and Pensions Committee, said patients are often  “fearful” of how their personal health data is used, leading them to withhold information from providers or even forgo care altogether.

The senators’ letter is in response to a December request for information from the Department of Health and Human Services. Officials are exploring how HIPAA could be modified to advance federal goals of promoting more coordinated, value-based care, according to an announcement. Provider groups have argued that patient privacy laws are preventing them from sharing info between one another to achieve such goals. 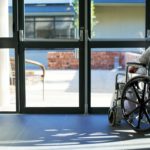