Some long-term care operators were preparing for another congressional drubbing today when the House Ways and Means Oversight Subcommittee hears testimony about private-equity investment in healthcare.

“In the long-term care sector, private equity companies own less than 10% of nursing homes, and large investor acquisitions are decreasing,” said AHCA/NCAL President and CEO Mark Parkinson in a statement. “However, the small number of nursing homes that have turned to alternative revenue sources underscore the financial and staffing crisis that nursing homes are facing due to the fact that Medicaid does not cover the cost of care.”

A hearing witness list was not available on the Ways and Means website Wednesday, but it is believed that researchers and consumer advocates will present testimony critical of outcomes that have coincided with a rise in private-equity investments.

The hearing, “Examining Private Equity’s Expanded Role in the U.S. Health Care System,” can be seen starting at 1 p.m. ET on Thursday.

It could mark the second Thursday in a row that providers face stinging criticism from U.S. lawmakers.

On March 17, Sen. Kirsten Gillibrand (D-NY) cited research by the National Bureau of Economic Research that found private equity investment in nursing homes had grown twentyfold in 18 years — from $5 billion in 2000 to $100 billion in 2018.

“When private equity firms acquire nursing homes, patients start to die more often and taxpayers start paying more too,” Gillibrand said at a Senate Special Committee on Aging hearing examining the effects of a year amid COVID-19. “We saw patient outcomes suffer and affordability become more difficult with the surprise billing situation that many experts claim was filed and exacerbated by private equity’s acquisition of hospitals and urgent care facilities. Could we expect similar outcomes with private equity in nursing homes?”

Just a day earlier, Sen. Elizabeth Warren (D-MA) tore into for-profit operators and owners at a Senate Finance Committee hearing. She said she plans to launch an investigation into for-profit nursing homes, including those run by private equity firms.

In Wednesday’s preemptive statement Parkinson said that the pandemic has affected 95% of nursing homes, “regardless if they were nonprofit, for-profit or owned by private equity firms.” He added that “[c]hronic Medicaid underfunding and unfunded government mandate have pushed many nursing home providers to the brink, making the average nursing home barely break even.”

The pandemic has only worsened providers’ financial challenges, experts agree.

“For a small number of providers, private equity firms have been the only viable solution to prevent them from permanently closing their doors,” Parkinson said. “Rather than focus on ownership structure, we should focus on solutions that will increase our nation’s investment in long-term care.”

Last week, AHCA and fellow provider association LeadingAge jointly announced the Care For Our Seniors Act, a $15 billion package of government reforms that they say will improve care and strengthen the profession. 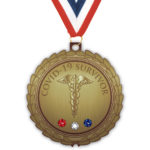