A small study by one noted New York long-term care provider finds promising results in the use of marijuana to help treat nursing home residents.

The Hebrew Home at Riverdale, in the Bronx, first launched its “innovative” new cannabis program in 2016. With it, the facility provided educational sessions and a fact sheet on the often-misunderstood drug to both residents and their family members. About 10 residents have participated so far, and they have reported that cannabis has helped to lessen the severity of chronic pain and reduce opioid dosages, among other benefits, investigators wrote in a study published in January’s Journal of Post-Acute and Long-Term Care Medicine.

“The key point that I really wanted to get across is that there’s a tremendous amount of stigma associated with marijuana in general, largely due to the early half of the 20th century,” Zachary Palace, M.D., medical director of Hebrew Home and coauthor of the study, told McKnight’s. “But we need to be looking at medical cannabis objectively and recognizing it not from the lens of recreational use.”

“We have to be open-minded,” he added later.

Those taking part in the analysis ranged in age from 62 to 100. Six qualified due to a chronic pain diagnosis while two had Parkinson’s, and another fit in both categories. The 10th resident qualified because of a seizure disorder. Palace and RiverSpring Health CEO Daniel Reingold found that residents reported a lessening in the severity of chronic pain when using cannabis, resulting in lower opioid use. Those with Parkinson’s also reported mild improvement with rigidity, while the 10th patient experienced a “marked reduction” in seizures.

Authors note that their program is compliant with both federal and state statutes, as it requires that residents purchase their own cannabis directly from certified dispensaries. Residents keep their marijuana prescriptions in a lockbox, and there is no nursing staff involved in its administration. They conclude that marijuana is worth exploring as nursing home leaders seek outside-the-box ways to serve residents.

“The potential for therapeutic benefit associated with medical cannabis use should be viewed as an important additional tool in the clinician’s armamentarium of therapeutic options in the symptom management of many common nursing facility complaints,” authors wrote.

Palace noted that further studies could also explore marijuana’s effect on agitation. He added that funding is hard to come by in such research, as cannabis is still a Schedule 1 drug.

“To my knowledge, federal funding is very limited and such studies are few and far between,” he told McKnight’s. 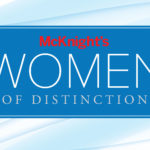