While regulatory focus has pushed the use of antipsychotics lower in skilled nursing facilities recently, off-label use is rising among dementia patients living in assisted living and other community settings.

Those findings, from a new report issued by AARP’s Public Policy Institute, could ultimately mean bad news for nursing homes because residents are often admitted already having been prescribed such drugs.

“Off-Label Antipsychotic Use in Older Adults with Dementia: Not Just a Nursing Home Problem” found the share of people with dementia age 65 and older who used antipsychotic drugs while in assisted living facilities or at home increased by about 6% from 2012 to 2015 — rising from a rate of 12.6% to 13.4%.

Looking at data on Medicare Advantage enrollees, researchers also found off-label use was highest among women, people age 75-plus, and individuals living in the South.

The increases came even as the Centers for Medicare & Medicaid Services’ National Partnership to Improve Dementia Care was reducing antipsychotic use among long-stay skilled nursing residents by 34% between 2011 and early 2017.

Last year, the agency set a new goal of a 15% reduction by 2019 for providers that still report high use.

“Efforts to reduce the off-label use of antipsychotic drugs among elderly people with dementia should be expanded beyond nursing homes,” said AARP Public Policy Institute senior health services research advisor Elizabeth Carter, Ph.D., M.P.H. “This is especially important since many nursing home residents begin antipsychotic drugs prior to their arrival at the facility.”

In late 2017, the National Center for Assisted Living told McKnight’s Senior Living that 56 of its member communities had met its 2015 Quality Initiative goal of safely reducing the off-label use of antipsychotics by 15% or achieving an off-label usage rate of 5% or less.

That effort is a voluntary one.

Carter said her study sample was composed of less than 1% of assisted living residents, so “it’s not likely that regulatory pressure would affect our results.”

But for companies operating both skilled nursing and assisted living sites, Carter said there are transferable approaches for cutting dependency.

“Non-drug interventions that train nursing staff to recognize and manage the triggers of the behavioral symptoms of dementia show a lot of promise and could be used in both SNF and AL settings,” she wrote in an email to McKnight’s. 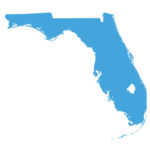 After protecting 55 sites, Consulate Health Care looks to stay in business at another Florida SNF