Editor’s Note: We are profiling the McKnight’s 2020 Women of Distinction honorees daily through the program’s July 28 online awards ceremony. To learn more about this digital celebration, the Forum the next day (which offers three free continuing education credits July 29) and the program in general, visit mcknightswomenofdistinction.com.

Maribeth Bersani has been a steady presence at Argentum since 2006, joining the national association as senior vice president of public policy when it was known as the Assisted Living Federation of American. For the past five years, she has been chief operating officer.

“Her knowledge of the field is unmatched, and she is respected as a true leader not only at Argentum, but across senior living,” Argentum President and CEO James Balda says.

In addition to her role as COO, Bersani is active on several committees at Argentum, including the Women in Leadership Committee and the PAC/Advocacy Committee.

She came to the association with vast experience in government and aging services. She spent several years working in government for the state of New York, serving as a legislative associate for the New York State Assembly Committee on Aging and then working for the New York Office for the Aging in several positions, ultimately becoming executive deputy director. In that role, she helped develop and implement statewide initiatives on behalf of the state’s three million seniors.

Bersani also worked for more than a decade at McLean, VA-based Sunrise Senior Living in the areas of development, operations and regulatory affairs. While there, she opened and managed a new community and became director of operations, overseeing seven senior living campuses. Sunrise ultimately created a new position for her: national director of government affairs.

Bersani volunteers in the community and currently is vice chair of the board of directors for the nonprofit Seniors Services of Alexandria (VA), which helps older residents maintain their independence and age with dignity. She also volunteers at the Carpenter’s Shelter in Alexandria, VA, which provides shelter and services for people experiencing homelessness.

The McKnight’s Women of Distinction program is jointly administered by McKnight’s Senior Living and McKnight’s Long-Term Care News. The program’s Diamond sponsor is PointClickCare. Silver sponsors are OnShift and PharMerica, and the Signature sponsor is Acadia Pharmaceuticals. 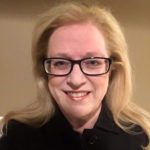