The current $1,900 yearly caps on occupational therapy and physical and speech language therapy combined should be reduced to $1,270, MedPAC advised.

The changes would cut significantly into the operating margins of skilled nursing facilities, which accounted for 37% of Medicare therapy-related reimbursements in 2011, according to the report.

Other ideas in the report, such as a 50% multiple procedure payment reduction, had already been released and adopted. The new MPPR rate, lowering per diem reimbursement for therapies for a single patient, has been in place since April 1. 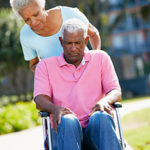