If Medicare is to move to a unified payment system across all post-acute providers, those payouts should not be based on an entire episode of care.

That’s the latest news from the Medicare Payment Advisory Commission, which advises Congress about the federal program. MedPAC has been exploring whether the feds should implement one payment system across post-acute providers — including skilled nursing facilities, home health, long-term care hospitals and inpatient rehab facilities — which vary widely in how they are paid.

MedPAC members are now leaning toward a stay-based system, rather than one tied to the whole episode of care, amid worries that the latter would encourage providers to discharge patients early.

“Our analysis indicated that an episode-based payment design would create an incentive for providers to furnish shorter episodes over longer ones,” MedPAC staff member Carol Carter told commissioners during a presentation last week, according to Modern Healthcare. “If past industry behavior is any guide, the large differences in profitability could influence provider behavior.”

Health and Human Services officials are now working with an outside vendor to build a unified post-acute care payment model, with plans to submit it to Congress by 2022. Both LeadingAge and the American Health Care Association have served as technical experts in the effort.

Aaron Tripp, LeadingAge’s VP of reimbursement and financing policy, who attended last week’s meeting, warned of the “inherent complexity” of creating a unified PAC payment system. LeadingAge does not currently have a preference between stay- and episode-based payment. However, he noted that the goal of payment reform is accurate reimbursement, and wide variation in cost calculations across providers under the episode-based payment model makes it “untenable.”

Tripp expressed ongoing concern that the modeling of new payment systems and discussion at MedPAC has focused on administrative data sets to create economic models “devoid of clinical considerations and beneficiary-focused outcome measures.” Taking an approach that only “makes sense in an Excel spreadsheet” does not benefit residents or providers, he told McKnight’s. He continued to urge against an expedited 2021 implementation of a unified post-acute payment system, which MedPAC had previously pushed.

“LeadingAge recommends that MedPAC follows the rest of the healthcare industry in adopting a person-centered approach to their analyses that puts the beneficiary at the center,” he said Monday.

Echoing the need for caution, Cynthia Morton, executive vice president of the National Association for the Support of Long Term Care, noted that providers are already working overtime to prepare for the Patient-Driven Payment Model in October. She said a stay-based model would more closely mirror fee-for-service Medicare, and “would represent the least disruption” for nursing homes. 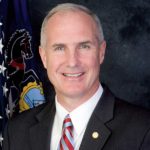