A year since COVID-19 started pushing costs upward in a battle to save lives, a major new cost has arrived in providers’ mailboxes: A national analysis finds liability premiums increased for nearly one-third of healthcare providers in 2020.

In 14 states, premium costs rose by an average of more than 10%, according to a report issued by the American Medical Association on Monday. It’s likely just the tip of the iceberg, especially for long-term care providers, some of whom are fearing premium increases of 150% to 400%.

Between 2010 and 2018, the share of premiums increasing annually was predictably in the 12% to 17% range, according to the AMA research brief. But even before COVID-19, liability insurers reported that had nearly doubled to a 26.5% share in 2019.

The AMA pointed out that 2020 rates were calculated before COVID-19’s full damage was realized. In some cases, the proposed increases hitting long-term care providers now far outpace the increases among the kinds of providers tracked by AMA.

For instance, the AMA found that in Kentucky, across three healthcare specialties, providers saw policy increases in more than 55% of cases this year, with the largest triggering a payment increase of 24.3%.

That’s a relative bargain, said Elizabeth A. Johnson, president and executive director of the Kentucky Association of Health Care Facilities.

“We are hearing of significant insurance premium increases from our membership ranging from 150% to 400%,” Johnson told McKnight’s Long-Term Care News on Monday. Some KAHCF members are reporting premium costs of $600,000 for a $1 million policy that also requires a $50,000 deductible.

“The situation is extremely serious, especially for the freestanding nursing facility providers,” Johnson added. “Not only are insurance companies raising the cost of coverage but they are also limiting coverage, most recently coverage for COVID-19 related matters.

“General and professional liability insurance coverage is simply becoming unaffordable for our sector,” Johnson added. “Some of our members are now faced with deciding whether to opt out of insurance coverage altogether in order to keep their doors open and to continue to care for their residents.”

The AMA said in its report that the increases being witnessed now could be the beginning of the  next “hard market,” or liability crisis. The last, characterized by dramatic increases for as many as 82.1% percent of providers, was in the early 2000s. The 31.1% of premiums that went up from 2019 to 2020 is the highest proportion observed since 2005.

The AMA analysis is based on the Medical Liability Monitor, which reports base premiums for specialities in all 50 states. Leaders said dramatically higher premiums compound the economic stress on providers even as the pandemic continues to reduce patient volume and drive up supply expenses.

In Kentucky, Johnson said providers are up against a state Supreme Court that refuses to consider tort reform outside of a voter referendum. A few years ago, the Kentucky General Assembly passed a bill mandating medical review panels, an effort backed by the provider organization. But the court struck it down, and this year’s Legislature appears to have “very limited interest” in passing meaningful liability reform, such as a cap on damages — a step Johnson believes is necessary to control insurers’ increases. 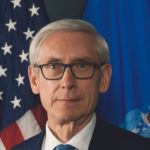