The 2.3% tax will be on sales of FDA-approved devices that are used by a physician or in a physician’s office. It’s intended to generate $20 billion over the next several years, which is expected to offset some healthcare reform costs.

While types of devices affected by the tax include pacemakers and stents, it also can include surgical gloves or wheelchairs, which could mean complications for long-term care providers purchasing those items. It also could cause some companies making devices for the post-acute and acute sectors to slow down on their innovation, believes John McLean, the vice president and co-leader of the Life Sciences Practice at the executive search firm Witt/Kieffer.

“Many of the most exciting innovations in medical device technology come from new, struggling companies that will now be slammed under the weight of this excise tax,” he told McKnight’s. “It creates an atmosphere for less innovation and less choice for patients.”

Some medical device manufacturers, such as Medtronic and Boston Scientific, have said that they will be forced to lay off workers.

“It’s affecting jobs and operating costs immediately,” McLean said. “Long term, it will probably mean increased costs for the consumer or the provider.”

As negotiations continue between Congressional lawmakers to avoid the “fiscal cliff,” one option on the table is to postpone the tax for another year, McLean noted. 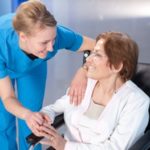