A Kindred Healthcare subsidiary claimed victory in June in a False Claims Act case brought by a former employee.

Misty Wall, a former social worker for Vista Hospice Care Inc., which is owned by Kindred at Home affiliate Gentiva, alleged the company submitted Medicare claims for patients who weren’t eligible for hospice care. She also accused the firm of engaging in kickback activities to promote enrollment.

Another employee who testified in the case said supervisors would routinely tell her to “make it work” and change patients’ paperwork to make them look hospice-eligible.

But Judge Barbara M.G. Lynn of the U.S. District Court for the Northern District of Texas denied Wall’s claims. Lynn said in a June ruling that Wall did not provide sufficient evidence linking the alleged scheme to particular records or claims.

“There is no evidence that the certifying physicians … were not exercising their best clinical judgments nor that they did not believe the subject patients were terminally ill when they certified them as such,” Lynn wrote.

The judge also noted that the opinion of an expert physician who testified in the case wasn’t enough to prove that decisions by Vista’s physicians to admit patients were wrong.

“In the Vista case, there was no evidence that physicians were not using their best judgment to determine eligibility and Medicare does not provide objective clinical standards,” Jordan said. “This
type of decision will become more and more common as the requirements for evidence continue to evolve.”

From the August 01, 2016 Issue of McKnight's Long Term Care News 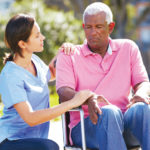