A study in PLOS Medicine argues that previous research pointing to allegedly inferior care in for-profit skilled nursing facilities should drive the development of ways to protect vulnerable residents.

Researchers from the U.S., Canada and the United Kingdom reviewed several past studies — including those showing better staffing levels and lower pressure ulcer incidence in not-for-profit facilities — to argue for new policy considerations.

The University of British Columbia authors admit comparing quality of care is challenging and not suited to controlled trials. But they say the growing trend toward private, chain ownership and investment-driven companies should prompt the exploration of protective policies.

Observational research has shown nursing homes converting to for-profit ownership declined on some quality measures, while those converting to non-profit generally improved. Another review of private California nursing homes found that those with the highest profits had “significantly more deficiencies” than other for-profit peers making less money.

The authors call for strategies encouraging construction of new public and nonprofit facilities through the sale of bonds; commitment of public funding toward direct care staffing levels, without discretion for facilities to reassign it; and improved financial transparency.

“Decision-makers have a responsibility to ensure nursing home public policy is most consistent with the available evidence and least likely to cause harm,” wrote the authors. “When provided by the for-profit sector, the evidence suggests there is a greater likelihood of inferior care. It is time to re-align policy with evidence.”

The research was part of a collaborative project titled, “Re-imagining Long-Term Residential Care: An International Study of Promising Practices.” 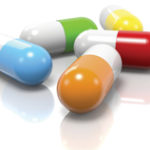