Nursing homes and other long-term care providers could soon have access to the remaining money in the federal government’s coronavirus Provider Relief Fund, according to the leader of the American Health Care Association.

AHCA President and CEO Mark Parkinson revealed that providers should expect “some positive news on the Provider Relief Fund in the next seven days or possibly sooner than that” while speaking Wednesday morning during the Synergy Summit in Utah. He added that he was “sworn to secrecy” and couldn’t reveal any more information.

The association has estimated there’s about $24.5 billion left in the fund and has pushed hard in the past for the federal government to distribute the remaining dollars.

“What that means is we think they’re going to make an announcement that they’re finally going to open up a portal so that we can apply and get some funding,” he said.

Parkinson explained that the portal won’t be open to just nursing homes but rather all healthcare providers. It will also likely focus on the lost revenues and increased expenses providers had in the third and fourth quarters of 2020 and first quarter of 2021.

“If you really think about it, it turns out there probably isn’t anybody in the healthcare space that got hurt more than nursing homes in those three particular quarters,” he said. “We are hoping that we will end up with a disproportionate amount of the benefit from this.”

Parkinson also stressed that for providers to have long-term success, beyond COVID, it comes down to four factors: state Medicaid rates, payor mix, financing and operational excellence. He added the continued march toward managed care could get in the way of that long-term success.

“That’s what’s happened to our post-acute business, and guess what? It’s not going away,” he said. “Why? The politicians love it. They don’t want the government to have to take on the risk and deal with Medicare. They’d rather have somebody else do it. The managed care companies are really smart and politically active … The real killer: The public likes it.”

Parkinson explained the best ways to combat managed care is to become a top provider in a given market, improve demographics, become part of a network and take advantage of institutional special needs plans (I-SNPs).

“I’m not saying you [have] to do an I-SNP but I’m saying you need to evaluate what your risk-sharing model is, whether it’s I-SNPs or something else, you’ve got to be involved in that,” he said. 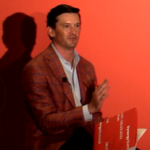 Risk-bearing execs: Operators need to ‘make some noise’ to make some money