A new study may offer a bit of solace to residents’ family and friends this holiday season: According to the Yale School of Public Health, regular phone calls or emails boost the spirits and reduce loneliness of people living in long-term care facilities. Somewhat surprisingly, other types of communication did not yield the same level of benefit.

Researchers surveyed 161 community-dwelling adults whose family member or friend resided in a long-term care setting. Responses showed that residents communicated with people outside the facility in a variety of ways, including texting, social media, and receiving packages. But only some of these methods were emotionally helpful.

When compared with other methods, phone calls and emails were tied to fewer negative emotions and more positive emotions, investigators discovered. This included calls made while visiting at a facility window, and was true for not only the residents, but the family members and friends as well, reported lead author Joan Monin, Ph.D. Many respondents reported calling or emailing at least once weekly.

Video conference calls, meanwhile, were no more beneficial to residents’ well-being than phone or email exchanges, the study team noted. And written letters were associated with more negative emotions than the other options.

Older adults may be more used to phone rather than video conversations, Monin theorized. “However, as more people become familiar with using video chat, this may change,” she said.

“Also, synchronous communication, like using the phone, is preferable to getting letters in the mail, probably because you’re able to talk back and forth and get real-time information about how they are feeling,” she added.

The study was published in The American Journal of Geriatric Psychiatry. The researchers are now on a quest to find new ways of facilitating safe communication between residents and the outside world — ideally without adding more work for staff, Monin said. 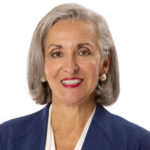