The American Nurses Association has asked the White House to invoke the Defense Production Act for N95 masks after a nationwide survey found that one in three nurses remain short on supplies and more than half are being asked to reuse devices meant for single use.

“Re-use and decontamination of single-use personal protective equipment as the ‘new normal’ is unacceptable, given the lack of standards and evidence of safety,” ANA President Ernest Grant, Ph.D., RN, FAAN, said Tuesday in a statement announcing the survey findings.

The association queried more than 21,000 nurses between July 24 and Aug. 14. Fully 68% of reported that their facility requires reuse of single-use PPE, such as N95 masks. Most said they are reusing masks for at least five days if not more, with that number growing by 15% by August. When asked whether they felt unsafe reusing masks, 62% of respondents in August said that they did, and more than half (53%) reported feeling unsafe using the equipment after decontamination.

“These practices contribute to nurses’ burden of mental and emotional stress,” Grant said. “I am deeply distressed that nurses feel unsafe when they are working around the clock to care for patients, educate the public, and protect themselves and their families. We must and we can do better.”

The ANA called on the Trump administration and Congress to make full use of its powers to increase the domestic production of PPE. It is also asking for the passage of the Medical Supply Chain Emergency Act of 2020 (or similar legislation) to ease distribution.

The Defense Production Act, which is used to expedite the supply of materials and services from the U.S. industrial base, recently was invoked to allow quick shipment of rapid antigen testing devices to nursing homes in an effort to speed coronavirus infection prevention measures among vulnerable older adults and their care providers. 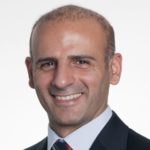