Long-term care facilities nationwide may be days from receiving COVID-19 vaccines, now that a federal advisory panel has endorsed emergency use of Pfizer-BioNTech’s drug.

Seventeen members of the panel voted in favor, four members voted no, and one member abstained. Data released by the drugmakers in November found that the vaccine was 94% effective in adults over the age of 65 and 95% effective in patients overall.

The benefits of the vaccine in curtailing the pandemic far outweigh any known risks, concluded the committee, which is made up of U.S. scientific and public health experts.

“I voted yes, because we know this vaccine is highly effective for at least three months after you get your first dose,” committee member Paul Offit, M.D., told CNN Thursday. There were no uncommon, serious, or adverse events in the trials, he added. “I think we know enough now to say this [vaccine] appears to be our way out of this awful, awful mess.”

The final authorization decision will be made by FDA’s career officials in the Center for Biologics Evaluation and Research.

The drug has been approved in the U.K. and in Canada, and Britain dosed its first patients this week, including the elderly.

Two British healthcare workers with a history of severe allergies had reactions after receiving their initial dose of a two-dose regimen. Those events led the country’s National Health Service to advise against giving the shot to people with a “significant history” of severe allergic reactions to medicine or food, according to The Guardian.

Study data published Thursday noted the vaccine’s unknowns, including whether more side effects will emerge, how long it remains effective, whether it will limit transmission, and how it will work in immunocompromised patients, according to the Agence France Presse. The vaccine trials did include older adults, but not long-term care residents. Some panel members also highlighted a need for a more racially diverse participant pool.

“Nevertheless, the trial results are impressive enough to hold up in any conceivable analysis. This is a triumph,” wrote the editors of the New England Journal of Medicine, which published the study.

The U.S. government’s vaccine deployment program said it is ready to distribute doses to high-risk groups within days of an FDA decision. “We will start to have shots in arms within 96 hours,” Gen. Gustave Perna, chief operating officer of Operation Warp Speed, said in Tuesday briefing. “That’s what I believe with all my heart.”

The Trump administration in mid-October announced a vaccine distribution program, in partnership with CVS Health and Walgreens, that would administer the doses free of charge to long-term care facilities once ready.

Last week, a Centers for Disease Prevention immunization advisory panel overwhelmingly affirmed that long-term care residents and healthcare workers should be given first access to coronavirus vaccines once authorized. Although states are not required to follow the recommendation, most have also pledged that the initial doses of the coronavirus vaccine would go to long-term care facilities first. 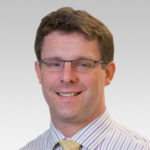 Supplied with PPE, care providers are less exposed to COVID at work than in community, study finds