Two investment brokers and their associates are facing charges that they stole nursing home residents’ personal information to perpetrate annuities fraud, the U.S. Securities and Exchange Commission announced Thursday. A $4.5 million settlement has been reached with some of the parties.

Brokers Michael A. Horowitz of Los Angeles and Moshe Marc Cohen of New York City masterminded the scheme, according to the SEC. They allegedly stole identification information from nursing home residents through various means, including a fake charity, and used that information to get insurance companies to issue variable annuities. These are investment vehicles that pay out a death benefit to a beneficiary when the holder dies.

Horowitz and Cohen sold the annuities to wealthy investors with the understanding that the annuity holders would soon die and the investors would collect the death benefit, the SEC charged. The brokers made more than $1 million in commissions, according to the federal agency.

The commission also says that after beginning the scheme in 2007, the two men sought to expand the scope by involving institutional investors. They allegedly brought in commodities trader Howard Feder, who helped them facilitate institutional investments in the fraudulent annuities through the auspices of BDL Manager LLC.

As part of an overall $4.5 million settlement, BDL agreed to pay disgorgement and a penalty totaling about $3 million, the SEC announced. Feder agreed to pay a $130,000 penalty. Individuals who were charged with helping obtain the nursing home residents’ information also agreed to penalties. None of the parties admitted or denied the SEC’s charges.

The agency is continuing to pursue litigation against Horowitz and Cohen. 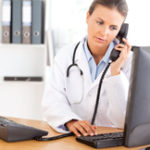 Doctors are dropping the ball during hospital to nursing home transfers, survey shows