The Centers for Medicare & Medicaid Services has withdrawn the much-criticized Medicaid Fiscal Accountability Rule that could have caused havoc for skilled nursing providers, in at least 11 states in particular. A vast array of healthcare providers and stakeholders, beyond long-term care, as well as governors and patient advocacy groups, opposed the MFAR Rule.

Centers for Medicare & Medicaid Services Administrator Seema Verma announced the agency’s decision to rescind the proposed rule in a tweet on Monday.

“We’ve listened closely to concerns that have been raised by our state and provider partners about potential unintended consequences of the proposed rule, which require further study. Therefore, CMS is withdrawing the rule from the regulatory agenda,” Verma tweeted.

CMS announced the rule in November as an effort to add transparency to the Medicaid payment process and eliminate suspect practices. The rule would have established new requirements for states to report provider-level information on Medicaid supplemental payments.

Long-term care and hospital providers warned in January that changes could have cut total Medicaid funding by nearly $50 billion, or about 8%, annually.

“Entire communities could lose access to care under this proposal, especially in rural areas where 15 percent of hospital revenue and nearly two-thirds of nursing facility revenue nationwide depend on Medicaid funding,” the American Health Care Association and American Hospital Association wrote in a rare joint statement. “The supplemental payment programs targeted in this rule are also a critical lifeline at hospitals, health systems and nursing facilities that serve some of the most vulnerable Americans.”

The organizations called on CMS to “withdraw the proposed rule in its entirety.”

“CMS has provided little to no analysis to justify these policy changes, nor has the agency assessed the impact on providers and the patients they serve. Many of the proposed changes would also violate federal laws, including the current Medicaid statute,” the associations wrote. 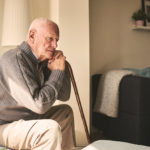 ‘Heartbreaking’: All contact with nursing home residents fell by more than half, study shows