The United States was introduced to the COVID-19 pandemic through an outbreak in a nursing home in Kirkland, WA, where over 30 residents died in March after contracting the deadly disease. From there, we learned that COVID-19 is a rare mix of an easy transmission and lethal impact, especially for the elderly and those with underlying conditions. Based on frightening projections that hospitals could potentially be overrun in certain hot spots, the attention of state and federal policymakers rapidly shifted away from long-term care (LTC) to finding ventilators, preserving hospitals’ intensive care capacity, acquiring personal protective equipment (PPE), ramping up testing, and implementing social distancing in order to “flatten the curve.” Now, several months into the pandemic, attention has squarely shifted back to long-term care.

The experiences of hard-hit states, such as New York, New Jersey and Connecticut, are instructive as to why. In those states, there are both a high number and a large percentage of deaths related to COVID-19 occurring in LTC facilities, upwards of 50 percent in some cases. Other states are also seeing a high percentage (e.g., almost 80 percent in Minnesota) of total deaths occurring in nursing homes, though at lower total numbers than the hard-hit states.

Public policies toward long-term care providers have been the subject of much controversy, centering on questions about communication with families and, in the case of several hard-hit states, policies around mandatory admission of COVID-19 patients. In turn, LTC providers in those states and across the country have repeatedly been raising urgent concerns about lack of PPE and availability of testing, as well as lack of alternative placement options during outbreaks.

Federal and state policy changes have ensued, such as visitor limitations, waivers of rules, and mandatory reporting to the Centers for Disease Control and Prevention (CDC), along with investigations by state attorneys general. In several states, the National Guard was called in to assist some facilities in performing non-clinical tasks. New York has recently limited hospitals from sending patients positive for COVID-19 to nursing homes. Most recently, the federal government is “strongly recommending” to states that all nursing home residents be tested over a two-week period, and several states have committed to testing all staff and residents in LTC.

Challenges ahead for skilled nursing and senior housing providers

Though there is some good news about the virus trending down nationally and in some of the hot spots, the environment is likely to become even more challenging for skilled nursing, assisted living and senior housing providers. This is likely to happen for multiple reasons.

These dynamics will place governors in challenging predicaments as they seek to balance the need for economic recovery, preserve resources to fight the epidemic, and safeguard vulnerable citizens. From the perspective of LTC, there are some obvious things that states need to address right now:

Considerations to prepare for reopening and potential second wave

As states reopen and we face the prospect of a second COVID-19 wave — combined with the seasonal flu, which is also hardest on senior populations — here are some other issues that merit special attention.

Our hope is that as states push to reopen, LTC can be an integral part of the process and be properly prioritized at the top. Our seniors deserve nothing less. 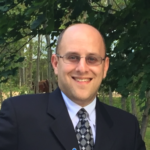