We’ve been hearing a lot lately about bundled payments. This new approach will usher in a new era of better healthcare at lower costs, its many advocates insist.

That may or may not actually happen.

Regardless, it’s not hard to see why the shift has many skilled care operators feeling more tense and morose than usual. That’s because many in this field feel they are suddenly being singled out as superfluous middlemen.

One recent report tests this troubling hypothesis. If its results are to be believed, skilled care may not be quite the problem child many would have us believe it has become.

The study, appearing in the New England Journal of Medicine, goes by the name of “Two-year evaluation of mandatory bundled payments for joint replacement.” A better name might have been something along the lines of “How much money can we save by cutting skilled care facilities out of the post-acute picture?” Then again, maybe that wouldn’t be such a great title either. For the answer turns out to be, well, not very much.

To be fair, gutting skilled care did produce some modest savings. To be exact, they came to $812 per procedure, or 3.1% of the overall cost. Yes, that’s 3.1%. Or less than one-third of the sales tax we pay here in Chicago. So with all due respect, I’m not sure that the best possible conclusion here is that removing skilled care is what’s needed. But I’m in the minority. The authors clearly felt that such marginal savings justify such innovation.

But if reducing costs by $812 per procedure is a great idea, maybe we should think about other options that might drive more meaningful savings? For example, maybe we should consider cutting out the hospital middleman when it makes sense? Just a theory, right? Actually, that is exactly what is examined in a study appearing in the December issue of the journal Annals of Long-Term Care. The study in question here is called “Direct Admissions to skilled care facilities — are you ready?”

The author noted that there are both clinical and financial benefits to utilizing SNFs for direct admissions. He did not put a price tag on the cost savings, which is unfortunate. For what it’s worth, a 2013 National Institute of Health study put the median cost of an emergency room visit at $1,233. My guess is that that figure has only gone up since. It’s also well known that many seniors who are placed in hospitals experience iatrogenic events that further compromise their health.

So it would seem that the idea of putting residents in SNFs rather than taking them to emergency departments or to be “observed” in hospitals would make a lot of sense in many instances. Yet we are not hearing much about that option, for some strange reason.

Which sort of begs the question: Is the debate really going to be about providing the best care at the lowest cost, or about making sure those with the most political clout (such as hospitals and doctors) continue to stay in charge? 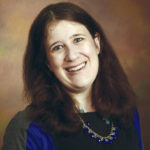