When the Supreme Court ruled that most of Obamacare could stay on the books, it included a notable caveat: States couldn’t be forced to participate in its expanded Medicaid provisions. Since then, this program’s boundaries have become foggier than an al fresco breakfast in San Diego.

The court’s decision quickly touched off a partisan debate over what Medicaid now requires and allows.

Many Republican governors quickly announced plans to turn down matching federal funds to expand related services. Frankly, most would probably nuke their Medicaid programs if they could.

Their stated concern was that long-term obligations might offset any short-term funding windfall. How much of a windfall? According to a letter that Rep. Gerry Connolly (D-VA) sent to Gov. Bob McDonnell (R), Virginia stands to get a $17 federal rebate for every dollar it spends on Medicaid.

As returns on investments go, you can do far worse. But this is an election year. And if you think the Medicaid debate is just about the money, you haven’t been paying attention.

Gov. McDonnell — who some view as a possible running mate for Mitt Romney — replied that Medicaid expansion is nothing more than another “long-term unfunded mandate, another major budget-busting burden.” Several Republican governors offered assessments that were far less, um, understated.

“I will not be party to socializing healthcare and bankrupting my state,” said Texas Gov. Rick Perry.

Not so fast, countered Health and Human Services Secretary Kathleen Sebelius. She wrote the revved up governors a letter reminding them that existing rules were still in play. At least, that was the final version. The first draft was probably more along the lines of, “Don’t get any ideas, boys.”

In a bit of retaliatory correspondence, the National Governor’s Association asked Sebelius if she might be able to provide some actual guidance. For example, would opting out of an expanded program mean that other Medicaid provisions in the new law still apply? Also, could states phase in Medicaid coverage up to 133% of the federal poverty limit after 2014 and still receive federal funds? As far as I know, they are still waiting by the mailbox for a reply.

Which brings us to some other unresolved questions: First, with all this letter-writing going on, why aren’t stationery stores more profitable? Also, were these letters actually stamped and mailed? And if not, shouldn’t the U.S. Postal Service file some sort of formal protest? I mean, look how upset most members of Congress became when they found out that our Olympians were wearing duds made in China?

But back to Medicaid: Like so many other things in Washington, it is becoming little more than a tool our Senators and Congresspersons can use to score political points. Does anyone really expect these silver-tongued bloviators to serve up more than the usual partisan shtick?

Let’s face it, the current Congress couldn’t figure out how to turn in a winning lottery ticket between now and November. Of course, compared to what they have accomplished, letting others sort out Medicaid’s new parameters might not be such a bad idea. 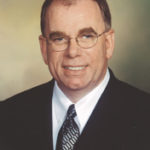 Antipsychotics report will have severe side effects