What if every state had its own language, currency and traffic signals? Life could get a lot more complicated once you ventured into another jurisdiction.

For example, driving practices that might be considered normal in one state might get you injured or worse someplace else. Things could get so bizarre and unpredictable, they might resemble, well, nursing home inspections.

For as anyone who runs a facility in more than one state can tell you, the one thing that is consistent about the current survey process is its inconsistency. That reality can be traced to a number of factors. But none help create mayhem more than this: Each state is in charge of inspecting the skilled care facilities within its borders. There are many reasons why it would be far better for the federal government to take over this responsibility. Here are four:

By putting Uncle Sam in charge of training surveyors, we could ensure that the people being taught how to inspect facilities would receive identical training. That’s hardly the case now. Unfortunately, when surveyors aren’t properly trained, the result can be absolute chaos, as we just saw in Ohio.

Is a cracked egg cause for an immediate jeopardy citation? It depends. If you are in New Jersey it might be, but in Florida it might not. Why? Because state inspectors tend to show distinct patterns when it comes to the sorts of problems they tend to look for, or ignore.

Surveys are supposed to happen every 15 months, at a minimum. That they don’t has less to do with the element of surprise than the fact that many states are broke. States are sort of like people when it comes to spending: When funds are low or gone, items deemed non-essential tend to get put on hold. As a practical matter, nursing home inspections routinely take a back seat to more pressing concerns when state coffers dry up.

One result is that the time between surveys can dramatically increase. With all due respect, a lot of bad things can happen in a poorly run facility that hasn’t been inspected in a few years.

This may be listed as the fourth item, but it’s really the best reason of them all. Uniformly trained surveyors who consistently apply the rules are one of the best gifts our federal government can give the million-plus people who rely on skilled care facilities each year.

A call to federalize anything is going to meet some push back. Just look at the negative feedback generated by suggestions to federalize Medicaid, and airport security. And to be sure, federalizing the survey system would bring more than its share of logistical challenges.

But here’s the thing: This field exists to deliver needed care and assistance. That goal is undermined every day by an inspection system that at a minimum is inconsistent, and at worst is dysfunctional. We shouldn’t be debating whether federalizing surveys is warranted. Instead, we ought to be asking ourselves why it hasn’t happened yet. 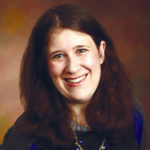