I am a nursing home doctor. I am also the medical leader of a nursing home organization providing care to tens of thousands of residents in its facilities.

I am also a dad to two boys, 15 and 11 years old. I love them more than anyone or anything and would never give them up (not that this thought never crossed my mind!).  Sometimes they fight, they argue, they yell at each other and often break the rules we mutually set for them.

A few weeks ago when I returned from a trip, I learned that one son had failed to keep his end of the bargain. He had missed a deadline on a key project and failed to perform regular chores. A staunch believer in accountability, I started my charged walk towards his room, with my head full of potentially innovative punishments (sorry, cannot share them). But a few steps later, sanity took hold of me. I halted and decided to think through the situation.

As a leader in the nursing home setting, I see the accountability game played out quite often. Mostly, it’s a facility has failed to meet a certain standard of care and a state surveyor, during a detailed review of a glut of required documentation has unearthed that issue.

As per regulatory processes, this calls for a prompt judgment, called a citation, followed by swift sentencing so that the offending facility may be punished and demanded to rectify the care issue. Many of these sentences result in considerable fines that could range from a few thousand dollars, to millions.

Providing high-quality geriatric care is an art with some science behind it. Most of the research points to the need for highly trained, interdisciplinary teams along with engaged patients and family members. But the reality is reproducing these high-quality results is harder and harder in the real world. Evidence is clear that many systematic barriers keep nursing home teams from performing. Some of the key studied factors include limited educational and training resources for the staff, leadership retention issues, staff turnover and ever-increasing complexity of patient needs. Many other barriers are harder to study.

Recent time studies have shown that never-ending administrative tasks that are required to meet the standards of regulators are not only decreasing face-to-face interactions between healthcare teams and their patients but are also resulting in higher levels of burnout among healthcare staff. Burnout results in higher chances of medical errors and lower patient satisfaction. Add this to poor reimbursements for the frontline staff and the increasingly tougher nature of their jobs, it is no surprise that energy, passion and motivation is soon replaced by exhaustion, frustration and resistance to change.

Nursing homes are complex adaptive systems where change needs more than a linear, motivational 2.0 approach. The traditional carrot-and- stick approaches only work well where jobs require simple tasks, such as chopping wood or flipping burgers. Simple monetary incentives, or a fear of penalties, not only are insufficient to motivate healthcare professionals for enhancing complex patients but may actually have the opposite impact.

In this era, where we have a significant understanding of human behaviors and the effective nudges that can change them, it is ill-advised to rely on antiquated incentive/disincentive programs. If we truly believe that providing complex care is hard and requires training, material resources, teamwork and support, why are we then resorting to monetary penalties for underperforming facilities? There is no evidence that subjecting low-quality institutions to further financial constraints will lead to any improvement. It is hard to imagine how society expects nursing homes to keep up with high expectations when reimbursements continue to shrink and regulations continue to tighten.

I may not know the answers, but I do believe that solutions will entail curbing the “gotcha” culture inherent in the current survey processes. There aren’t many providers who show up at work to provide poor care or to harm seniors. Most are failing to perform because their job is getting more and more complex.

It is critical that healthcare administrators, policy makers, behavioral scientists and geriatric academicians engage in a dialogue to create a fresh culture that firstly, acknowledges the strengths of a facility and, secondly, addresses any weaknesses through much needed training and sincere handholding of the team.

After the rush of blood subsided, I sat down with my son for a dialogue about his failure to perform his promised tasks.

Between some tough assignments, conflicting issues between him and his best friend and hard soccer practice, he had failed to meet his goals. He agreed to read a book on organization skills and promised to spend extra time with me to wrap up his projects. I hugged him and then went to bed for a peaceful night. 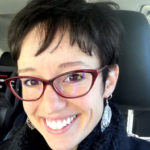 Why I chose to join the nursing home profession: A new administrator’s story