In a pattern that has become all-too familiar across the healthcare industry, fraud investigation and enforcement activity involving long-term care providers continues to pick up steam: 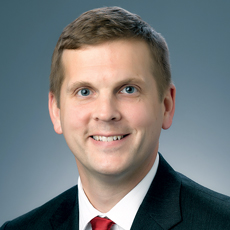 Although the allegations behind each settlement may differ, these cases all demonstrate the government’s continued reliance on the Federal False Claims Act (“FCA”) 4 to pursue claims of fraud and abuse against federal health care programs (“FHCPs”). From its humble beginnings as a means to protect the Union Army from unscrupulous defense contractors during the Civil War, the FCA has grown into a multi-billion dollar growth industry for both government enforcement agencies and private “qui tam” plaintiffs. Nowhere is this trend more evident than in the LTC industry.

Over the course of this four-part series, we will examine recent trends in FCA enforcement that will affect the LTC industry and your business in the years ahead and also offer some best practices and practical tips that LTC providers can implement to survive in this difficult environment.

Congress enacted the FCA in 1863, as a means for the federal government to recover against individuals who profited from the sale of defective, obsolete, or useless goods and supplies to the Union Army. The FCA’s scope and utility has expanded significantly since that time, and now allows the United States to recover significant monetary damages for a wide range of prohibited activities, including knowingly making a false or fraudulent claim for payment to the federal government and failing to return an overpayment within 60 days.5

FCA cases are most often initiated by private plaintiffs — known as “relators” under the FCA and “whistleblowers” in common terminology — who, in return, receive a percentage of any recovery.6 And those recoveries can be substantial: three times the government’s loss, plus a penalty of $5,500 to $11,000 per claim.7 Private qui tam complaints are filed under seal, which starts the clock for the Department of Justice (“DOJ”) to review the complaint, assess the available evidence, and decide whether to “intervene” and take over the litigation.8

Although the FCA remained relatively unchanged (and rarely used) for the first 100 years of its history, the statute has been amended three times since 1986. These changes have made it much easier for whistleblowers to turn allegations of routine billing errors or inadvertent violations of federal regulatory requirements into FCA complaints, and for those complaints to survive past the initial stages of litigation. This, in turn, has prompted a dramatic increase in the number of qui tam complaints being filed and in the dollars recovered.

In 1986, private whistleblowers filed a total of 30 qui tam complaints. In contrast, whistleblowers filed over 700 qui tam complaints in 2014. The DOJ recovered $5.7 billion in settlements and judgments in 2014, with nearly half of that amount ($2.5 billion) coming from the health care industry. This marked the fifth straight year of recoveries in excess of $2 billion from the health care industry and pushed the total amount of money recovered since the 1986 amendments to roughly $44 billion.

Over half of the money recovered (approximately $23 billion) has been recovered since the most recent round of changes to the FCA.9

For LTC providers, government enforcement activity spiked following a report by the Department of Health and Human Services Office of Inspector General (“OIG”) that determined roughly 20% of all Medicare Part A skilled nursing facility (“SNF”) claims were upcoded to a higher RUG group in 2009, resulting in almost $1.2 billion in improper payments. 10 This report, and a follow-on Wall Street Journal article, resulted in a dramatic increase in investigation and enforcement activity focused on LTC and rehab providers.

These FCA complaints (and the relators who file them) have moved beyond the traditional “worthless services” arguments about poor quality care to focus on more sophisticated and nuanced fraud allegations involving systematic upcoding to higher RUG levels in response to corporate “pressure,” targeting therapy at or around RUG thresholds, increasing therapy during “look back” periods, and providing “skilled” therapy when a lower level of care may be sufficient for improvement.

As demonstrated by the DOJ press releases noted above, both relators and the government are getting much more comfortable pursuing complex FCA allegations and are winning much more significant recoveries under these complaints. For LTC providers, this means that more serious legal and compliance questions will continue to surface in an already difficult operating environment.

In our next blog, we’ll discus “Lies, More Lies, and Statistics – The Use and Abuse of ‘Extrapolation’ to Demonstrate False Claims Act Liability for Rehab Therapy Upcoding.”

Jason R. Edgecombe is of counsel in the Atlanta, GA, office of Baker Donelson. He can be reached at [email protected]

Ted Lotchin is of counsel in Baker Donelson’s Washington, D.C., office, and is a member of the Firm’s Health Law Group. He can be reached at [email protected]

8  Although FCA complaints are civil in nature, the DOJ announced in November 2014 that its Criminal Division will be reviewing all qui tam complaints in order to determine whether it will open parallel criminal investigations.

9  These eye-popping recoveries demonstrate that the enforcement environment for health care providers is becoming increasingly aggressive.  However, there will be plenty of room for growth in the qui tam business if the FBI’s recent estimate that the Medicare program loses $23 billion to fraud each year is accurate.