The big news last week wasn’t that two women were charged with stealing $144,000 from a nursing home in Pennsylvania. It was that their alleged scam lasted for three years. 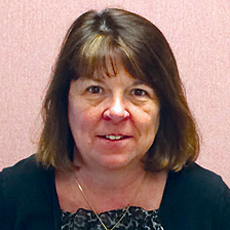 In overseeing payroll for employees at several dozen facilities, Lynne Kennedy had her hands full as Midwest Health’s accounting and payroll manager.

The Department of Justice has joined a whistleblower fraud lawsuit against a former nursing home operator in Mississippi. The lawsuit was originally filed by Academy Health Center, which says the operator of the Lumberton facility charged Medicare and Medicaid for services that were not provided.

Long-term care operators join the rest of the nation in wondering: Will Congress pull a rabbit out of its hat?

Long-term care providers and other caregivers — as well as significant other groups of people around the country — will be anxiously watching to see if the Senate and the House can get together on compromise funding legislation before the end of the year. At risk with the dawning of 2012 will be major funding cutbacks to Medicare doctors, expiration of the Medicare therapy exceptions process, among other items. An impasse was created after the Senate overwhelmingly passed a package that included a two-month extension to payroll tax cuts last weekend, but then the Republican-led House voted down the same measure. Millions of people will be affected one way or another.

Controlling labor costs in long-term care increasingly is important in this environment of tight reimbursements and challenging economic conditions.