Republican proposals to convert Medicaid into a block grant program would cut government payments to nursing homes by $220.2 billion between 2013 and 2022, a new analysis finds. Medicare premiums would rise for most beneficiaries under a premium-support model, study says

Under a premium-support model for Medicare, six in 10 beneficiaries would see an increase in their premiums, a non-partisan study released Monday found.

The heart of what we believe

If the AARP convention last week was any indication, some seniors aren’t buying what Paul Ryan is selling. The question is, are you?

While Mitt Romney advocates $810 billion in Medicaid cuts over the next decade, President Obama’s plan would cost taxpayers an additional $642 billion over the same period. The president’s plan would also add millions of people as Medicaid beneficiaries.

Republican National Convention delegates voted Tuesday on the party’s official platform, which proposes significant structural changes to the Medicare and Medicaid programs. It notably calls for the repeal of recent healthcare reforms mandated under the Affordable Care Act.

Long-term care providers will be giving the Republican national convention in Tampa more scrutiny than usual next week.That’s when the party’s leaders will give Medicare reform higher importance than usual. With the nomination of Rep. Paul Ryan (R-WI) as his running mate earlier this month, presumptive GOP presidential nominee Mitt Romney and his advisors all but guaranteed that Medicare will be more prominently mentioned in discussions and party platform building. As a House leader, Ryan led a defiant charge against Obama administration policies to overhaul the Medicare and Medicaid reimbursement programs. Many analysts believe the Medicare issue will play a pivotal role in at least a handful of key states in this November’s election.

Now that the Olympics are over, let politics take center stage again. Clearly, no one is interested in winning the silver medal when it comes to the race for U.S. president. But interest in second bananas IS high. 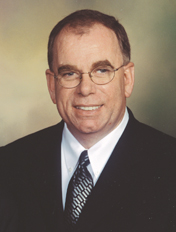 Voters give providers something to worry about

GOP and Democratic strategists were watching the Wisconsin governorship recall race earlier this week as a possible harbinger of this fall’s presidential election. But that’s a shortsighted view.

The fiscal 2013 budget, which was passed in the House, would cause seniors’ healthcare costs to surge and wreak havoc on Medicare and Medicaid, two new reports suggest. Our elected officials: patriots or lackeys?

It’s becoming increasingly obvious that our elected leaders need to quit playing political chicken. Otherwise, there are going to be some bleak days ahead for We the People.