A coroner’s inquiry has been opened following the death of an 85-year-old resident of a southeast suburban St. Louis nursing home. The woman was reportedly discovered deceased early on March 12, strapped to a wheelchair at the bottom of a flight of stairs

A television station’s investigative team asserted Monday that nursing home sexual abuse incidents in Texas are not thoroughly investigated, and that state officials may not be doing enough to protect victims. 9 things NOT to expect in a nursing home

Family members need to know what to expect when their loved one enters a nursing home: Falls may happen, medications may change, and a private room may not be an option. 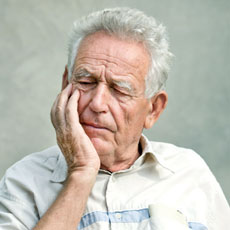 Resident on resident mistreatment is an urgent problem, researchers say

About 20% of nursing home residents experience mistreatment from a fellow resident in a given month, according to findings announced Thursday by Weill Cornell Medical College and Cornell University.

Ask the legal expert … how to avoid deadbeat families LTC pharmacists to meet in Orlando