“There is no reverse gear in health policy,” so the public policy saying goes. If that is the case, nursing homes should be prepared for a different world after COVID-19.

Over the past few months, the Centers for Medicare & Medicaid Services has taken remarkable steps to ease the regulatory burden on long-term care in the wake of the public health crisis. From expanding the use of telehealth to easing training requirements for certified nurse aides to suspending reporting mandates, CMS has implemented what are called blanket waivers that significantly alter the way nursing homes operate.

So what next? If and when the crisis abates, to what extent will these new public policy initiatives be overturned in an effort to return to “business as usual”? And what is the likelihood they will become a natural part of the new era of long-term care?

It may be a little bit of both, public policy and regulatory experts suggest, and the outcome could depend on how nursing homes fare in holding the virus at bay and staying compliant during and after the surge.

It bears noting that providers embraced most, if not all, of the waivers CMS instituted in the wake of the coronavirus. In a way, many of the waivers were an unexpected gift to providers, who had been advocating for a loosening of such restrictions for several years. LeadingAge officials said they were thrilled to see CMS waive the requirement for a three-day prior hospitalization stay as a precondition for nursing home coverage, for example.

Janine Finck-Boyle, vice president of regulatory affairs for the nonprofit nursing home association, noted that LeadingAge was planning to take up this cause during its lobbying day this spring.

“That’s one of them that we’d push hard to stay, showing what the outcomes are for eliminating it,” she said.

Another waiver that pleased both major nursing home associations was one that relaxed the rule that had required CNAs to receive certification after four months of working.

“AHCA/NCAL have been advocating for CMS to issue such a waiver to assist in addressing staffing shortages due to the COVID-19 pandemic,” the American Health Care Association/National Center for Assisted Living said in a memo to providers following release of the waiver in late March.

Moreover, waivers that relieved data reporting requirements received a warm welcome from providers. One relieved the time-frame requirements for submitting Minimum Data Set assessments and transmission, and another waived the requirements for submitting staffing data through the Payroll-Based Journal (PBJ) system. These waivers go to the heart of one of nursing homes’ biggest grievances: the burden of documentation and data submission. “Now that parts of the daily operations are being waived, let’s see if they’re needed in the future,” Finck-Boyle observed.

Such reporting waivers actually offer an unexpected boon for the field, she added.

“This crisis gives a real-life opportunity to look at regulations and the quality of them, what are the outcomes, how can outcomes be best achieved,” she said.

But not everyone thinks that such a relaxation of rules was a good idea for facilities, which have received negative coverage in the media during the COVID-19 crisis for failing to adequately care for residents and report infection outbreaks. Some public policy experts, for example, cringed at the waivers regarding easing CNA training requirements and suspending reporting mandates.

“There is not an excuse for the waivers on staffing. There should never be waivers on staffing,” said Charlene Harrington, Ph.D., RN, professor emeritus of social behavioral sciences at the University of California, San Francisco, and a frequent accuser of industry understaffing.

Harrington believes that at the outset of the crisis, CMS should have increased the staffing requirement, not reduced it. Facilities also should have implemented hazard pay — increasing salaries for registered nurses and other staff — and brought in people from outside the field to train for CNA jobs.

“We know staffing requirements are not strong enough,” she said. That’s the number one problem causing the trouble. You can’t do infection control if you don’t have enough RNs to oversee an infection control problem. I hope we’ll learn something after this. We can’t operate nursing homes with such low staffing.”

She also believes that the suspension of the three-day prior hospitalization waiver fell short.

“We don’t know what kind of care is being given at this time,” she said. “We know there are a lot of nursing homes in trouble with the virus. Once they get the virus, with inadequate staffing, it can spread easily through the facility.”

Given what she believes was a failure by the federal government in its response, Harrington hopes many of the waivers do not see the light of day following the crisis. “I think it’s a black eye for nursing homes,” she said. “They want to claim it was beyond their control, but it wasn’t. If they had staffed up immediately and been able to get testing and beefed up the PPE [personal protective equipment] and executed strict infection control policies, a lot of the deaths could have been prevented.”

Other public policy experts believe that since many of the moves were a direct response to the crisis, many of the waivers will not remain long term. The relaxation of CNA rules, for example, was more of a reaction to the emergency and likely will not stick around, said David Stevenson, Ph.D., a professor of health policy at the Vanderbilt University School of Medicine. “You want aides and staff to have adequate training,” he said. “Workforce will be one of the biggest challenges coming out of this.”

Also, the waivers involving reporting of staffing and MDS data could leave significant holes in the area of oversight.

“We have to figure out how to maintain some sort of information flow and transparency about what is going on for residents,” Stevenson said. “Some facilities are navigating that better than others. The federal government has to find a way to make sure it happens.”

The crisis also has left a reporting void, since there is no presence of families and a restriction on ombudsmen, who can draw attention to care problems.

“Things have changed from [months ago] — no visitation, no group dining, so you have residents who are largely in their rooms,” he noted. “You want to make sure they are sufficiently moving around, eating sufficiently, that they are not suffering in their rooms.”

R. Tamara Konetzka, professor of public health sciences at the University of Chicago, also believes that reporting requirements will return when the pandemic eases.

“When I look at what has been waived here, a lot of it is about deadlines and data submission, and I can’t imagine those things will stick around after the crisis,” she said. “CMS has invested a lot in the PBJ tracking system.  It’s really changed how we can trust the staffing numbers … It’s not like those things will go away, even if [providers] aren’t temporarily allowed to submit them.”

Looking back on long-term care policy since the 1980s, the number of regulations has increased, not decreased. That trajectory is likely to continue, even with the temporary blip of the pandemic, Konetzka noted. “So when I look at the long view, none of this will be very permanent,” she said, adding the caveat that President Trump winning a second term could add to more long-term loosening of regulations.

One area where public policy and industry see common ground is the possible lasting power of telehealth. Most agree that the waivers expanding the use of telehealth  in long-term care has many upsides   — ­for residents and staff.

“I think it can play a role in increasing access to specialized services for nursing home residents,” Stevenson said, noting that in many ways, the “cat’s out of the bag” in the area of telehealth.

Expanding the role of telehealth could allow more people to receive care, particularly therapy, in their homes, which is what a lot of people want, the public policy experts pointed out.

“Providing telehealth is more consistent with how patients want to receive care … particularly during a pandemic,” said Rachel M. Werner, M.D., Ph.D., a senior fellow at the Leonard Davis Institute of Health Economics at the University of Pennsylvania. “Even in the absence of that, it provides an opportunity to provide care to people at home that they wouldn’t receive otherwise … so it will be hard to roll that back completely.”

Whatever happens regarding waivers, it’s pretty clear that the pandemic fundamentally has altered the way nursing homes will function.

“The emphasis on things like infection control and … protecting nursing home staff benefits, like sick leave, how that will play out given resources is a much harder question,” Konetzka said. “But I think there will be increased attention on those types of issues, because no one wants nursing homes to be in this situation again.” 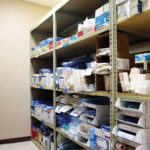