FLORIDA — The state’s top industry group is fighting a bill that would eliminate the certificate of need requirement for healthcare facilities.

Skilled nursing facilities must demonstrate their new sites meet a need in specific locations, which the industry says keeps lower acuity seniors in their homes, rather than in a facility.

The Florida Health Care Association testified against the bill in early March. Eliminating the requirement for nursing homes to have a certificate of need “will most certainly result in unmanaged growth, low occupancy rates, inefficiencies in how buildings operate, and a reduction in the value of our state’s nursing centers,” FHCA Executive Director J. Emmett Reed said.

“All of this could have a negative effect on the tremendous quality strides centers are making,” he added. “We will continue to work with legislators to help them understand the need to remove nursing centers from House Bill 21 and maintain our certificate of need process.”

The state’s House of Representatives voted to move forward with the bill on March 20.

ALABAMA — A computer glitch that resulted in a payroll error has led to John Knox Manor paying more than $96,000 in back wages to 92 employees at its skilled nursing facility in Montgomery.

It appears to be a perfect example of an unsuspecting provider being undermined by an unexpected technology product flaw.

As a result, Manor violated Fair Labor regulations on overtime by not including employee shift differentials when computing overtime pay, the Department of Labor’s Wage and Hour Division said. The company’s system instead based overtime rates on base hourly pay, which resulted in lower rates than those required by law.

But Terri Howell, administrator at John Knox Manor, told McKnight’s the facility successfully argued to DOL that no harm was meant, so no punitive fine was levied. The technology error, while “creating absolute havoc,” has been fixed, with checks sent out quickly to employees, she said.

Howell advised other administrators to check their payroll systems. “Otherwise, it could get somebody in a whole bunch of trouble.”

IOWA — Six nursing home employees at as many locations were indicted in March for diverting a variety of prescription drugs from residents.

Two were accused of swiping oxycodone pills, while another is accused of removing fentanyl patches from residents. At other sites, individual nurses were charged with taking hydrocodone, oxycodone or tramadol pills.

One, a licensed practicing nurse and one of the oxycodone suspects, had pleaded guilty as of press time. The Iowa Medicaid Fraud Control Unit investigated the cases.

The PIP program lets nursing homes earn incentive payments by dedicating resources to quality improvement. The program provides up to 5% in additional operating payment funding to 74 nursing homes throughout the state. This is the 12th round of funding since the program began in 2006.

Selected projects include the Aftenro Home in Duluth developing and implementing an antibiotic stewardship program, and Inter-Faith Care Center in Carlton creating a program to lessen depressive symptoms in residents by increasing quality and quantity of resident-centered activity programing. Henning Rehab & Health Care Center in Henning will develop an “open breakfast program” to boost resident choice.

MARYLAND — The state House of Delegates passed the End-of-Life Option Act in March, drawing praise from some religious and senior-focused organizations.

The bipartisan legislation hopes to give mentally capable, terminally ill adults with less than six months to live the ability to obtain a doctor’s prescription for medication to end their lives.

More than two-thirds of Maryland residents support medical aid in dying, according to a Public Policy Poll released last month. United Seniors of Maryland, the ACLU and religious groups such as the Central Atlantic Conference of the United Church of Christ have lent their approval, and Compassion & Choices, which has been a prominent supporter, urged a Senate vote as soon as possible. 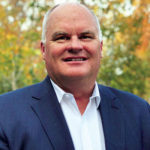