As if the threat of a deadly disease weren’t enough, many caregivers must now cope with the added pressures of being newly minted sole or primary wage earners. As other family members have suffered job losses due to the economic downturn, many caregivers are being forced to work additional shifts with multiple providers, or worse, in understaffed facilities unable to fill vacant positions.

Researchers already have drawn direct correlations between inadequate staffing levels in long-term care facilities and higher COVID-19 caseloads. The strain on providers is palpable. The staffing industry has responded to the challenges in a variety of ways. Relias, for example, launched a “DIY” nurse aide certification program called Straightaway, where skilled nursing and long-term care facilities can build their own program as a way to address the staffing shortage. It also unveiled a virtual classroom that allows its 10,000 plus healthcare clients to host live trainings online.

LeaderStat, meanwhile, announced a series of efforts designed to make it easier for providers to fill critical staffing needs when current staff, particularly LPNs and CNAs, are ill or quarantined. The effort was made possible after many states eased licensure law restrictions, said Kendra Nicastro, director of business development for LeaderStat.

OnShift hosted a webinar, “Labor Management Strategies for Adapting and Succeeding in the COVID Era,” during which one provider client shared the important role staff communications have played in increasing staff engagement. And Dallas-based ShiftKey unveiled a novel Emergency Broadcast feature that allows client facilities to connect directly with the company’s entire database of professionals by sending a custom text or email alerting them of each unique situation.

“We have over 40,000 healthcare professionals in our system, comprised of CNAs, CMAs, LPNs and RNs,” said Matt Creason,  founder and chief operating officer of ShiftKey. “Some are actively picking up shifts in our system, some are in the process of signing up, and others have shown interest but never finished the process.”

From the September 2020 Issue of McKnight's Long Term Care News 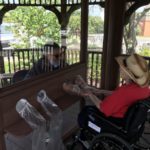