One day when Barbara Sepich was 24 years old and first ruminating on what she wanted her career to look like, she picked up her journal and wrote herself a mission statement. It read: “Make a meaningful difference in the lives of older adults by keeping the sparkle in their eye one day longer.”

Thirty-five years later, that mission continues to shape her life.

“I’ve had a lot of people criticize my decision to be in long-term care and ask me, ‘Why do you want to be around old people all the time, when all they do is die?’” says Sepich, president and CEO of WRC Senior Services, a nonprofit organization that operates 10 senior living residences throughout the northwest region of rural Pennsylvania. “For me, this work has never been about living or dying, but about making life the best it can be for our residents while they’re here.”

Throughout her career, Sepich has been involved in the operations, renovation, construction and start-up of more than 34 skilled nursing, rehabilitation, residential living and personal facilities in Pennsylvania, Maryland, Florida and China.

In her current role with WRC, since she doesn’t get to spend as much time with the residents as she used to, she instead spends her days challenging her administrators to “find their sparkle” as they work to make residents’ lives meaningful and purposeful.

“This business is 24/7, 365 and a lot of hours,” says Sepich, who currently serves on the boards of both LeadingAge PA and the Pioneer Network, which is dedicated to helping elders live in open, diverse and caring communities. “My employees have to feel that their service is adding value.”

Sepich’s leadership style is one of the main reasons Dennis Snyder, a corporate chef at WRC, has chosen to make career moves to work under her for the past 18 years. Recently, Snyder became a key player in helping Sepich, a certified holistic health practitioner and medicinal aromatherapist, incorporate natural health practices into her facilities.

“I started working with her as a kitchen manager and she recognized my potential and has pushed me to really expand on my often out-of the-box ideas,” Snyder says.

With prodding from Sepich, Snyder helped launch WRC’s popular Deceptively Delicious program, which focuses on incorporating fruits and vegetables into traditional comfort foods and desserts. Snyder uses butternut squash to give his macaroni and cheese its color and creaminess, and bakes red velvet cupcakes using beets, so that even the facility’s diabetic residents can eat them.

Outside of work, Sepich can often be found riding a motorcycle with her fiancé, Dennis, or listening to jazz music while petting one of her four cats —Torri-Adore, Zephyrus, Merlin and Ariel. She also loves planning her Halloween costume. “It’s my favorite holiday, mostly because it lets you be anything you want for one day, without judgment,” she explains.

Born and raised near Pittsburgh, Sepich is the younger of two daughters; her older sister is 12 years older. Sepich credits much of her success and interest in working with older adults to being around them so much as a child. She says a special influence on her was her Grandma Stella, who lived until age 95 and came to the United States from Poland at the age of 11.

Her grandmother “was one of the strongest women I’ve ever known,” Sepich says. She’s never forgotten her lessons. 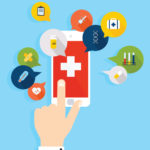