Infection control deficiencies were widespread throughout nursing homes before the pandemic, according to a May report by the Government Accountability Office.

Its analysis found that 82% of all surveyed nursing homes were cited for having an infection prevention and control deficiency in one or more years between 2013 and 2017.

“This is an indicator of persistent problems at these nursing homes,” the report’s authors wrote.

The GAO did not make any recommendations. The agency said it planned to release future reports on infection prevention and control and emergency preparedness in nursing homes. 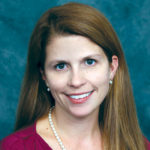 Doctor: Communicate with ER prior to making transfer