Before becoming residents at Judson Services, a continuing care retirement community based in Cleveland, many of its seniors were active fans of local theater. But as they’ve aged, it’s become harder and more inconvenient for them to attend shows.

“So, we decided to bring theatre to them,” Mark Corcoran, managing director of Theatre in the Circle at Judson Services, told McKnight’s.

Theatre in the Circle is the resident theatre company of Judson Manor’s retirement community and is run by Corcoran and his husband, Bill, who serves as the artistic director. Since being founded in 2016, Corcoran said residents and the community have supported the theatre “tremendously.” Shows feature local actors. The theater is supported by the Judson Foundation and has received grants, gifts and donations from local groups and residents. The theater produces four shows each season,

“Theatre in the Circle is a tremendous asset for those of us who live at Judson Manor,” resident Josephine Steinhurst said. “I simply take the elevator down and enjoy the performances.”

“I love to attend the dress rehearsal and the final performance to see how the actors have grown in their parts, and to compare my impressions with fellow theatergoers. It leads to some spirited conversations.”

From the October 2019 Issue of McKnight's Long Term Care News 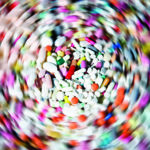