Mary Franklin has been promoted to the associate executive director of the HealthPark Life Plan community of Cypress Cove.

Franklin joined Cypress Cove as director of resident services six years ago. In her new position, she will continue her leadership role with resident service functions and assume oversight for Cypress Cove’s three health service communities. She will work closely with Tim Ficker, who returned last fall as executive director, a position he held from 2009 to 2013.

She is a graduate of Ohio University with a degree in recreation management. Franklin recently completed her administrator of assisted living certification. 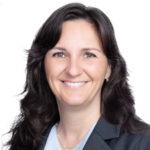