Workers earning less than $35,000 should be eligible for overtime pay, the Department of Labor said in a proposal released late last week.

The government recommendation, which ups the threshold from $24,000, prompted skilled nursing advocates to call for an industry exemption. Officials with the Obama administration had originally recommended $47,000 as the threshold, which caused providers and other business executives to balk. A Texas judge tossed that idea in 2016.

Thursday’s announcement is an improvement from previous proposals, but still hard to stomach, said Lilly Hummel, senior director of policy and program integrity for the American Health Care Association.

“We have concerns about the implications of this proposed rule for our members,” Hummel told McKnight’s Friday. “Many long-term and post-acute care centers are on the brink due to ever-changing Medicare and inadequate Medicaid rates, making it very difficult for them to absorb this increase. While this new policy is less drastic than prior proposals, long-term care providers should be exempt from these regulations as it may indirectly result in limiting access to care for our seniors and individuals with disabilities.”

LeadingAge voiced similar concerns last week. Barbara Gay, VP of public policy communications, said Friday that “the ideal – and equitable – solution is to increase reimbursement when the threshold goes up. This would be a win-win, both for employers and for workers,” she told McKnight’s.

The DOL said it is now seeking comment on the proposal, which was crafted based on more than 200,000 comments sent during a 2017 request for information. This would be the first update to overtime pay requirements in 15 years. The change was first reported by Bloomberg earlier this month.

If it goes through, more overtime dollars could help with recruitment efforts, noted Amber Rogotzke, executive VP of human resources for consulting firm Health Dimensions Group. Implementing the salary update will be a challenge for skilled nursing providers, but not “as intrusive” as the $47,000 mark.

“Hopefully, it makes us more market-competitive than some other entry-level management positions,” she told McKnight’s. “This may give us the momentum needed to compete with those other industries.”

HDG is now working on an analysis to determine the impact of this proposal on the industry. A previous report on the last proposal estimated that exempt-level employees would have seen a pay increase of 2o% to 30%. Rogotzke added that a big part of the burden from this rule, in addition to added costs, will be taking the time to figure out how many employees qualify. 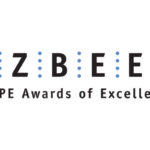