While many details of the merger of the American Health Care Association and the Alliance for Quality Nursing Home Care are still being sorted out, one thing is clear: The agreement of nursing home giant HCR ManorCare and regional provider Medical Facilities of America (MFA) to join AHCA sealed the deal.

The two providers are the only ones in the 10-member Alliance that are not currently AHCA members. That will change by July 1, sources said.

HCR ManorCare has more than 38,000 nursing facility and other post-acute beds in service, according to the latest published figures from AHCA. That makes it the biggest U.S. nursing facility company by a significant margin, being almost 20% bigger than the next in line.

HCR ManorCare was especially vocal in pushing the Alliance’s separatist movement in 2005 and 2006. But on Tuesday, a company spokesman confirmed the company would be joining AHCA “as part of this ‘unification.’” He declined further elaboration. A call seeking comment from Medical Facilities of America was not returned as of late Tuesday.

AHCA leaders figure by unifying their organization’s aggressive lobbying voice with that of the Alliance, the profession stands to have a better chance of influencing members of Congress, who control funding.

“Today our profession stands at a crossroads,” AHCA President and CEO Mark Parkinson said in announcing the merger Tuesday. “Faced with continued cuts and growing pressures on the systems that fund the care we provide, there was really only one choice — to band together to form one unified voice.”

AHCA, along with its sister group, the National Center for Assisted Living, is far and away the nation’s largest senior care association, with more than 11,000 members. It is identified primarily as an association of for-profit companies, but AHCA representatives are quick to point out that more than 25% of the membership comes from the nonprofit sector. 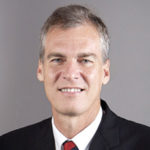