Resident satisfaction rates have improved and health survey citations are declining in skilled nursing facilities, according to a new quality of care report.

Skilled nursing and post-acute care facilities have demonstrated improvement in nine of 10 quality measures since 2009, according to a report issued by The Alliance for Quality Nursing Home Care and the American Health Care Association, in conjunction with Avalere Health.

The report notes that nursing facility health survey citations have been on a steady decline, dropping 1% in two years. Additionally, resident satisfaction remains stable at 88%, six percentage points higher than in 2005.

Researchers used data generated by the Centers for Medicare & Medicaid Services and interviews conducted by My InnerView.

To read an e-book of the report, click here. 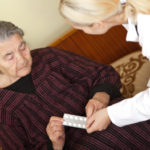